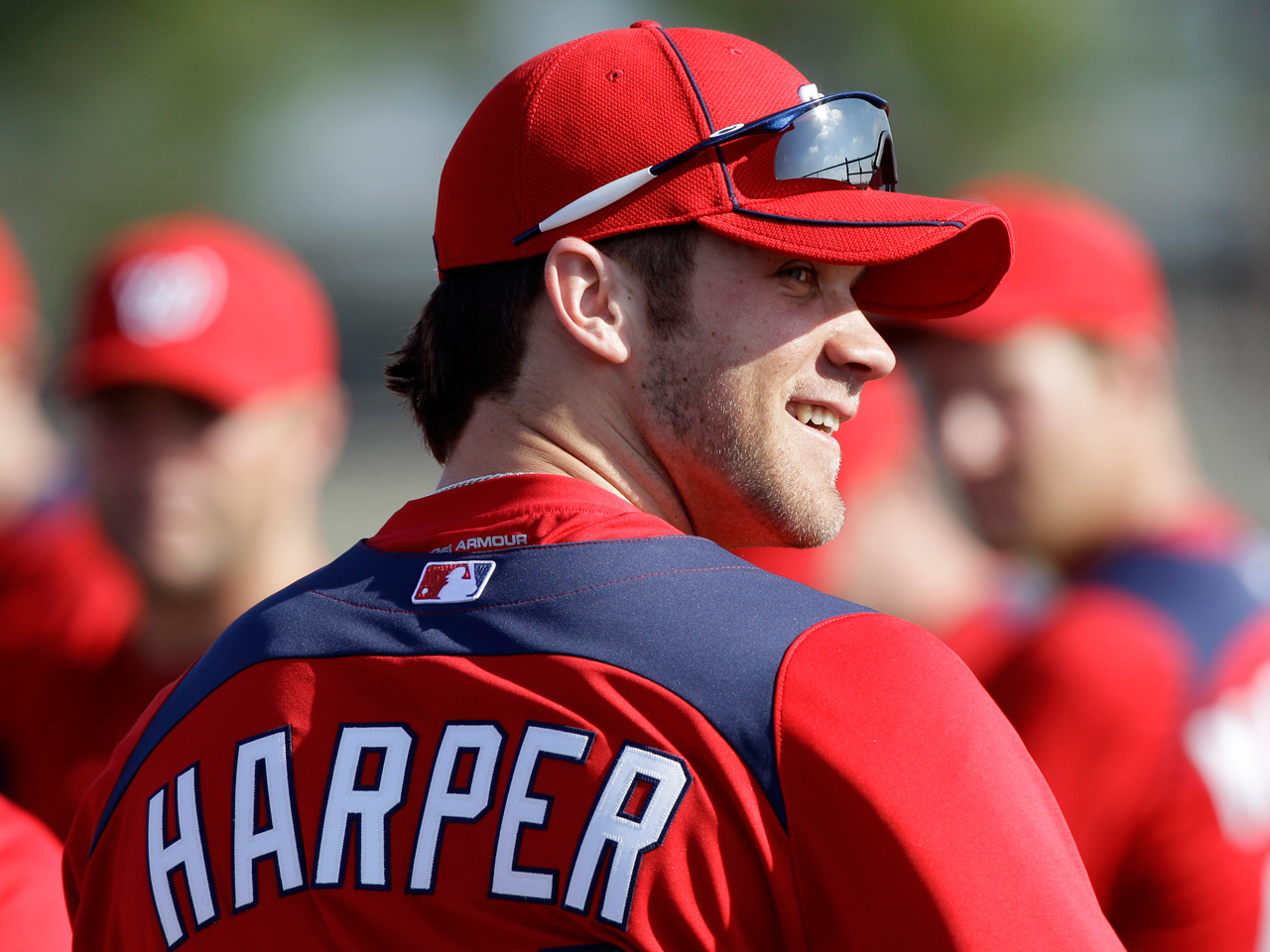 After Bryce Harper went to visit the Washington Nationals' team optometrist in April, the baseball phenom got a surprising assessment.

Harper tells the Washington Post that Dr. Keith Smithson told him: "I don't know how you ever hit before. You have some of the worst eyes I've ever seen."

One contact lens prescription later and the No. 1 overall draft pick is reaping the benefits of his improved vision. In 20 games with the Class A Hagerstown Suns since his visit to the eye doctor, Harper has been on fire. He has hit a staggering .480, collecting 7 home runs, 10 doubles and 23 RBI.

"It was like I was seeing in HD," Harper told the newspaper after his eye exam.

If these are high-def numbers, pitchers are in big trouble unless they figure out how to throw a low-resolution curveball.

In addition to his contacts, Harper was put on a comprehensive "vision training program" that is designed to strengthen eye muscles and allow him to process what he sees much quicker than before, CBSSports.com reports.

"Studies tell us that vision training, after as little as two sessions, can show statistical improvement," Dr. Smithson, said. "It's a pretty dramatic improvement, pretty quick with certain things."

The Nationals, however, are being cautions. As they were with another No. 1 draft pick, pitcher Stephen Strasburg, the team plans on taking their time with their 18-year-old slugger.

Good thing they didn't take their time getting his eyes checked.