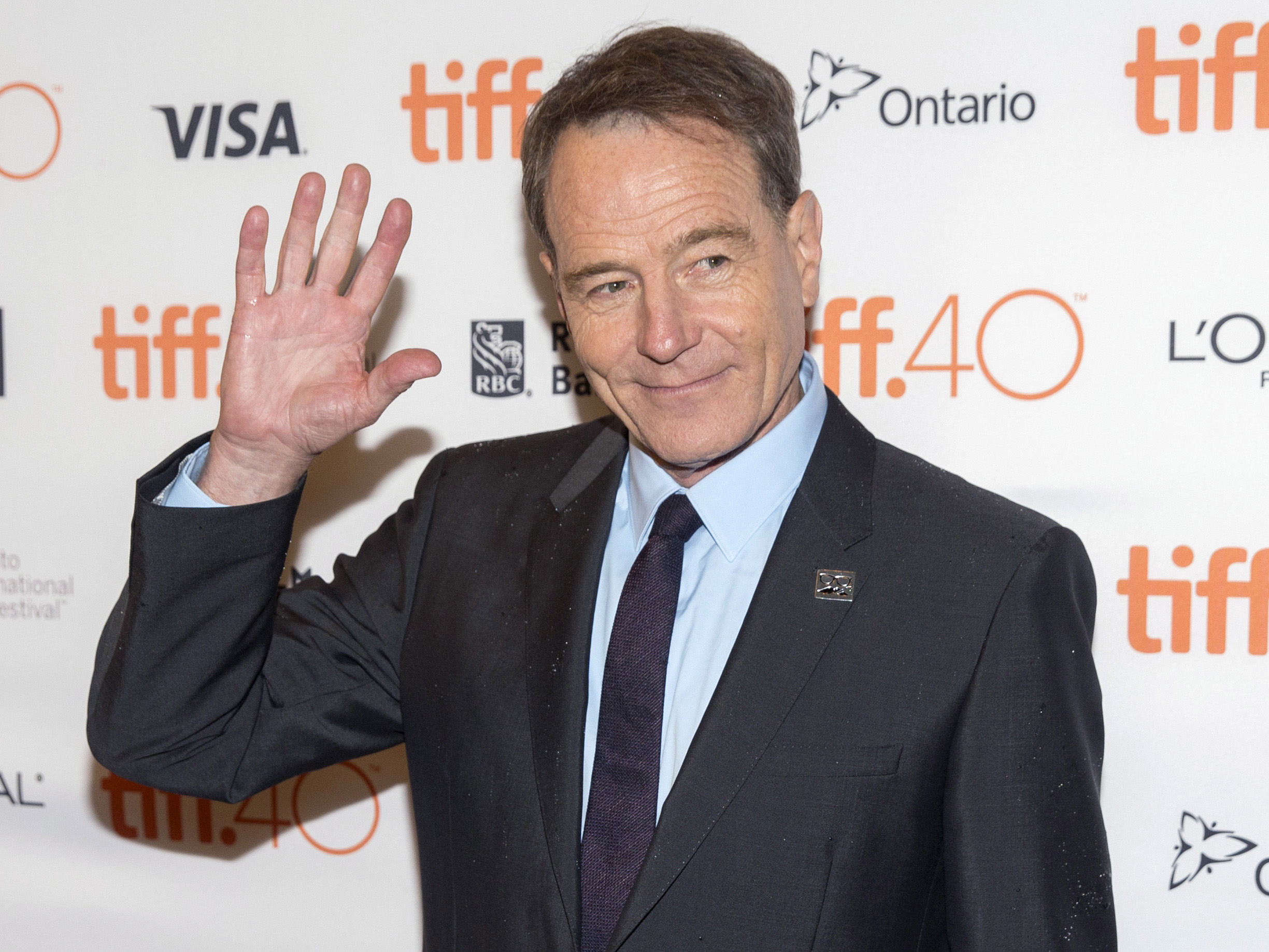 NEW YORK -- Bryan Cranston seems so far apart from the murderous Walter White that one wonders how he was able to channel such darkness with Emmy-worthy ferocity in “Breaking Bad.”

But in his new memoir, “A Life in Parts,” Cranston details a real-life incident that helped him get in character: an unhinged ex-girlfriend who threatened his life and made him have violent thoughts about her.

“She threatened my life. She threatened to kill me and it was a constant thing and there were times when I thought I was going crazy,” Cranston said of woman (Later he married actress Robin Dearden and they’ve been together 27 years).

It’s one of the more revelatory moments in the book, released earlier this month. The Emmy-winning, Oscar-nominated Cranston covers everything from his early childhood to his signature role on “Breaking Bad” to personal challenges. Cranston, 60, discussed some of those moments in a recent interview with The Associated Press.

AP: You write about wanting to kill your ex-girlfriend, what drove you to that?

Cranston: I was flush with fear and I felt like a trapped animal and I realized that I was capable of killing someone. That experience helped me in developing Walter White in the transition that he made, because Walter had to come to terms with that himself. That he was actually a good guy, but transitioning into not such a good guy ... he was able to be honest with himself and say, “Yeah I could take another life,” and that is a tough thing to say to the person in the mirror.

AP: What made you want to write a book at this point of your career?

Cranston: I am aware from an objective point that the wave, the tsunami wave that “Breaking Bad” created also created tremendous opportunity for me, and there is a peak and valley to careers and that includes fame. If you are lucky to ride this wave of fame to a plateau - it won’t last there. ...I guess it is just a blue-collar work ethic that I was raised with.

AP: In the book you talk about your dad being dissatisfied as an actor. Why follow in his footsteps?

Cranston: It was in my DNA, and they were actors - my parents were both actors - so that was part of it. So really when you think about it that sense, you’re going into the family business, so it’s very common. The turmoil that my dad went through, and then by extension, the kids went though, was profound and disastrous for the marriage, for the family.

Cranston: I had this transformative experience that is almost hallucinogenic that - that I saw the face of my real daughter, Taylor. Her face took the place of Krysten Ritter and it made me, uh, just you know, hesitate. And God it is funny - every time I retell this story or when I wrote that story in the book, there is an uneasiness in my chest ‘cause I think it is my biggest fear. It is my biggest fear, something happening to a child, your child, is unfathomable.

AP: How long do you plan on working?

Cranston: When the sun is shining, make hay, because it would be sunset on my career at some point, and when it is, I want to be exhausted. I want to be done, and actually, go “I had a good run. No regrets. I’m ready to step aside.”