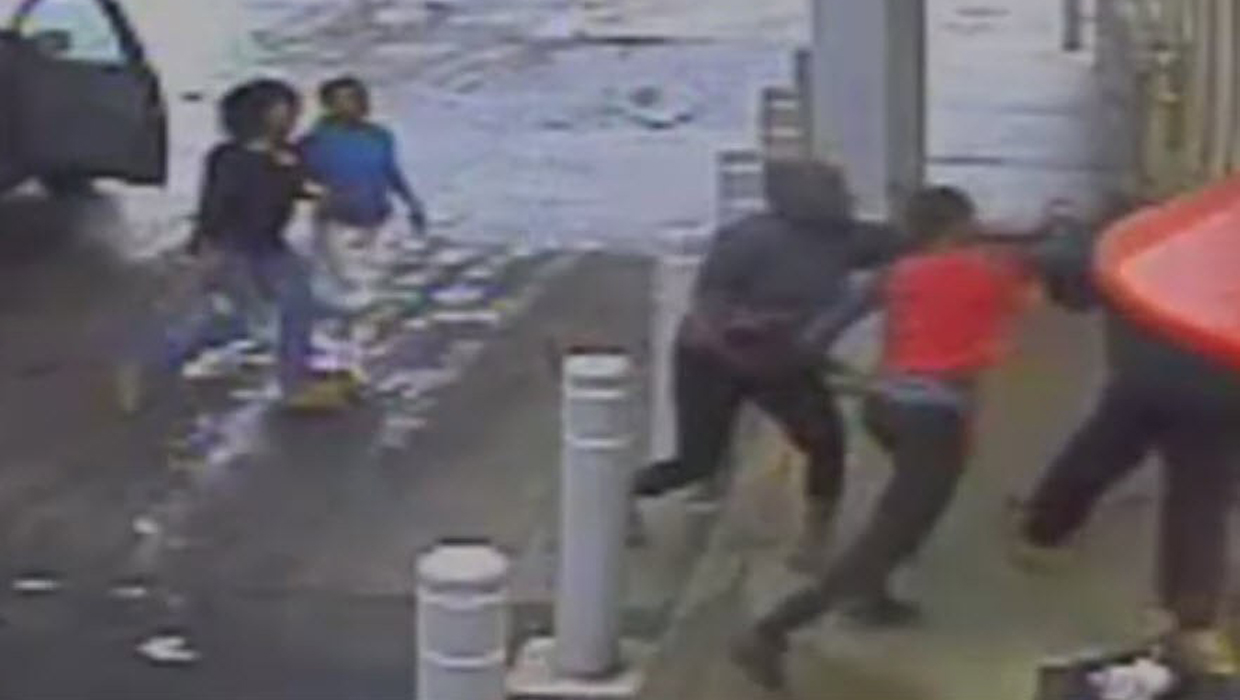 PHILADELPHIA -- A 51-year-old Philadelphia homeless man is in a medically induced coma after a group beat him with weapons including a hammer and a piece of wood April 7, according to police and Philly.com.

The brutal attack at a gas station was caught on camera and posted online by the Philadelphia police. Police have made two arrests, but are seeking the public's help in identifying the rest of the suspects.

According to Philly.com, the victim was at the gas station in Philadelphia's Olney neighborhood just before 7 p.m. April 7 offering to pump patrons' gas for spare change. He reportedly argued with a 10-year-old boy who was also asking patrons to pump their gas, and the boy told his mother the man had hit him, according to the website.

Police reportedly said there's no evidence the victim hit the boy after reviewing video surveillance, but minutes later, a group including the boy's mother pulled up in a minivan and attacked the man. Suspects can be seen apparently assaulting the victim with a hammer, a piece of wood and mace and kicking and stomping him, leaving him unconscious and bleeding.

Police later arrested Shareena Joachim, 24, and Aleathea Gillard, 34, and charged them with attempted murder, aggravated assault, and related crimes, according to Philadelphia police. According to Philly.com, Gillard, the boy's mother, is suspected of wielding the piece of wood, while Joachim, a family friend, allegedly carried the mace.

They were arrested in the minivan caught on the video outside Einstein Medical Center - where the victim had been taken - shortly after the attack, according to police. Police are still reportedly searching for a woman who wielded a hammer and juveniles who kicked and stomped on the victim, reports Philly.com.

According to police, the victim sustained head injuries and is listed in critical condition.