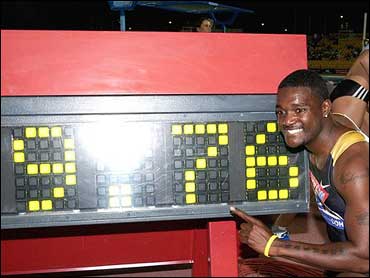 The Toronto Maple Leafs earned a tie they could live with.

After facing a first-period deficit for the ninth time in 11 games, Toronto battled back and emerged with a 3-3 draw against the Boston Bruins on Wednesday night. It was only a tie, yet it ended a four-game losing streak for the relieved Maple Leafs.

"We've had problems with our confidence after losing like we have recently," captain Mats Sundin said. "We played better as the game went on and did everything we could to win. But we'll take the tie for sure. Hopefully, we can build on it."

Nik Antropov and Yanic Perreault scored second-period goals to erase a 2-1 deficit and give the Maple Leafs their first lead going into the third period in seven games.

Dmitri Khristich scored for Toronto in the opening period and assisted on Antropov's goal. Khristich, who wore a full face shield, returned to the lineup to face his ex-teammates after getting his three front teeth knocked out by a puck Saturday.

Andre Savage scored the tying goal for Boston at 6:32 of the third. Joe Thornton and Shawn Bates also scored for Boston, which tied for the sixth time in 15 games. The Bruins lead the NHL with 16 draws.

After 14 straight starts, Byron Dafoe almost got a night off in the Boston goal. Rob Tallas, who played well in stopping 27 of 30 shots, left the game with 4:20 remaining in overtimafter he hurt his glove hand stopping a Bryan Berard slap shot. Dafoe made just one save.

"It's a split fracture of the fourth finger, the exact same injury I had earlier this year," Tallas said. "That's what happens when they make goalie equipment smaller."

"It was a better team effort," Joseph said. "If we keep playing this way, we're going to win some games. Our forwards played very gritty in our end."

The Bruins entered the game in 11th place in the Eastern Conference and tried a new approach in order to open up the attack.

"Did you notice we're not trapping any more?," Boston coach Pat Burns said. "We're sending two guys in to forecheck rather than one. We had a lot more jump and some chances. We just have to have some more finish around the net."

The Maple Leafs were 0-for-5 on the power play, including one in the final 99 seconds of regulation time. Toronto has one power-play goal in 31 opportunities in seven games.

Toronto is third in the Eastern Conference with a record of 30-21-7-3. Boston has just one win in seven games.