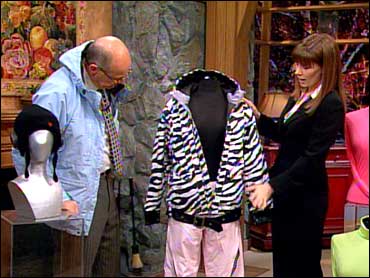 Byron Dafoe finally got some much-needed support from his Boston Bruins teammates.

Dafoe stopped 21 shots and the Bruins scored a trio of first-period goals Saturday, including a breakaway score from P.J. Axelsson just 16 seconds into the game, in a 6-2 victory over the Pittsburgh Penguins.

Boston's anemic offense had managed just seven goals in the last five contests, while Dafoe (19-19-9) had given up just 11 goals. The Bruins' record was 0-2-3 in that span.

"Byron stood on his head today," said Bruin Jason Allison, who had a goal and four assists. "If it weren't for Byron, the game would have been much closer."

Pittsburgh star Jaromir Jagr played just 22 minutes and did not play most of the third period due to a combination of a groin injury and fatigue, according to a Penguins team spokesman. Jagr did not register a shot on goal in the game.

Axelsson wasted no time in giving the Bruins a 1-0 lead after he stole a Stu Barnes pass at center ice, skated in uncontested and slipped a backhander under the pads of Pittsburgh goalie Tom Barrasso (24-11-11) for his fifth goal of the season.

"It was a tough way to start the game," said Barnes. "It shouldn't have been a surprise to us since they've done that to us twice this year. They just outplayed us in every aspect. Byron played real well and we had a lot of chances in the second period, but he made some unbelievable saves."

Barrasso, who was replaced by Ken Wregget midway through the third period after allowing five goals on 17 shots, started his 15th straight game for the Penguins.

The Bruins won for the first time in six games, while the Pittsburgh lost for just the second time in its last 13 contests.

Boston made it 2-0 on Kristich's 19th goal of the year, a shorthanded tally from Allison, with 14:11 left in the first period.

Bourque's power-play goal, a slapshot from the left point, extended the Bruins' lead to 3-0. Bourque has scored six of his 10 goals on the power-play this season.

"We scored some timely power-play goals," said Bourque. "We've done a pretty good job against their top line (Jagr, Barnes and Ron Francis). Hal Gill seems to be doing a pretty good job on Jagr the past couple of games."

Pittsburgh got on the board with 17:51 remaining in the second period when Martin Straka beat Dafoe, cutting the deficit to 3-1. Kevin Hatcher also scored for the Penguins.