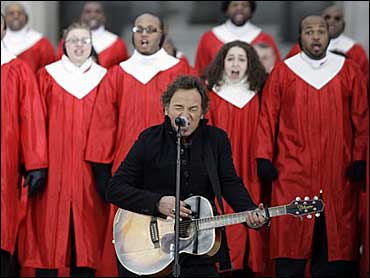 "The Boss" is backing gay marriage in the Garden State.

Bruce Springsteen posted a statement on his Web site urging support of the gay marriage bill that's up for a vote in New Jersey's Senate on Thursday.

Springsteen wrote that he's long believed in and has "always spoken out for the rights of same-sex couples."

The native son says he agrees with Gov. Jon Corzine that marriage equality is a civil rights issue.

Gov.-elect Chris Christie is a big Springsteen fan. The Republican has said he would veto the bill.

A state Senate committee approved the bill by one vote on Monday.

Democrats concede the measure may fall short of the 21 votes needed to pass the Senate.