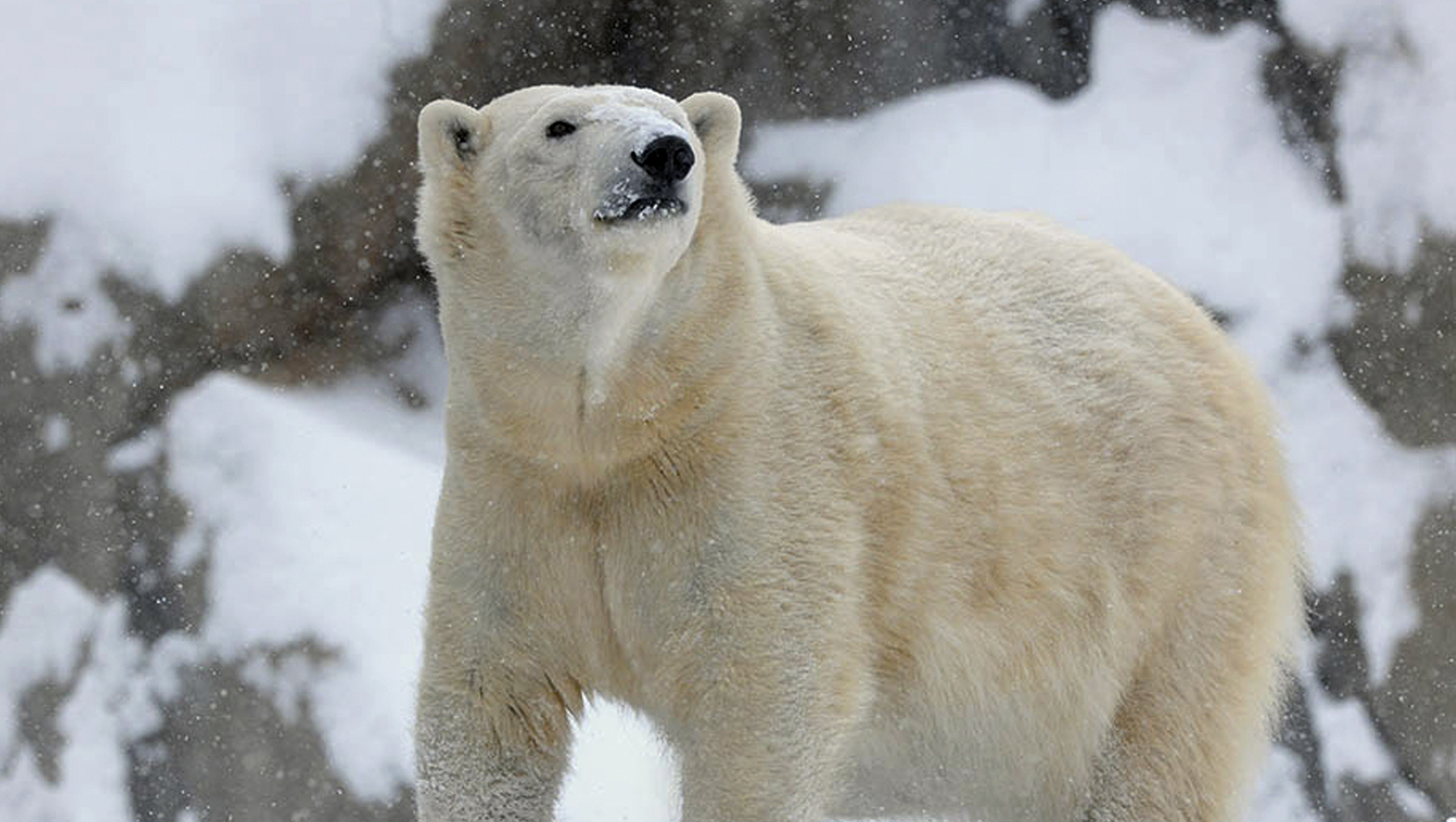 The polar vortex proved too be too much for the polar bear.

With much of the country shivering in sub-zero temperatures, tthe Lincoln Park Zoo in Chicago decided to keep its polar bear inside. Polar bears can handle frigid temperatures in the wild, but 12-year-old Anana doesn't have the thick layer of protective fat that bears typically develop from feeding on seals and whale carcasses.

The Pittsburgh Zoo was closed Tuesday because of the extreme cold. That prompted Dave Crawley of CBS station KDKA to ask zookeepers how the animals deal with chilly weather.

It all depends – on the animal.

For the Pittsburgh Zoo's polar bear, Monday was just another day to luxuriate on the ice. Even the lions chose to be outside, though it helps that they have a heated rock.

The Amur tiger is perfectly content in colder weather. After all, his ancestors came from Siberia.

"They're in the snow," lead animal keeper Kathy Suthard said of the tigers. "They're rolling. They do have heated beds in their backup area. But usually when I come in e morning, they're lying in the snow. This doesn’t bother them at all."

When the temperatures dip, the zoo's pink flamingos prefer their heated solarium. The same goes for the reptiles.

Lead reptile keeper Ray Bamrick keeps his cold-blooded species, ranging from alligator to anaconda, in a heated holding area through the winter.

"Reptiles that live in Pennsylvania will hibernate, will go under the soil, into deep crevasses under rocks, sometimes into ponds," he said. "They find places to insulate themselves from extreme temperatures. These animals are not from Pennsylvania, so they cannot stay outside."

The red panda is happy inside or out. Her warm coat insulates her against all but the coldest of temperatures.

As for the human species? Depends on their natural habitat.