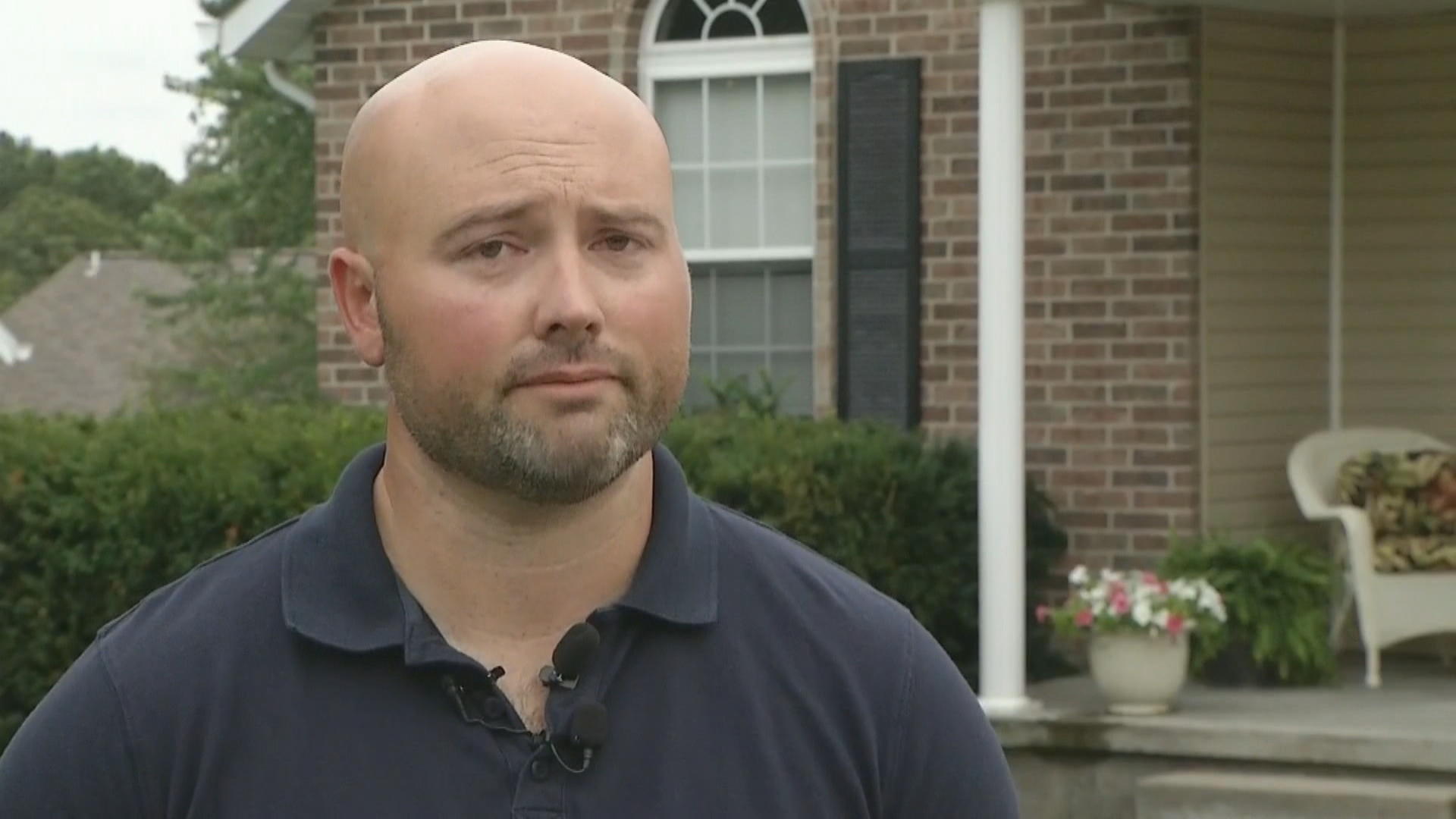 Police are going door to door around Clinton, Missouri, hunting for a man suspected of killing one of their own.

Officials say Ian McCarthy opened fire on 37-year-old officer Gary Michael late Sunday during a traffic stop, and then fled from the scene. Law enforcement officials believe McCarthy, a former convict, is armed and dangerous and still in the state.

Officer Michael, who was on the Clinton police force for less than a year, was pronounced dead at the hospital. Police say he returned fire on McCarthy, but it's not clear if he hit his target.

"We've obtained information that directly links him to this crime. He is no longer a person of interest, he is a suspect in this killing," said Sgt. Bill Lowe of the Missouri Highway Patrol.

McCarthy, who's wanted in New Hampshire as well as Missouri, has a long rap sheet. In New Hampshire alone he's faced 20 counts, including possession of a dangerous weapon and first degree assault. He's also served time behind bars.

Michael was the first officer killed in the line of duty in Clinton, a town of about 9,000 people 75 miles southeast of Kansas City.

The victim's brother says he will be remembered for strengthening the community he helped serve.

"Even though there's a lot of tears today there was some laughter because we got to remember him and who he was and who he is, because he's still that person, and he proved it."

Gary Michael is the 28th police officer to be killed by gunfire in the U.S. this year. He leaves behind a wife and stepsons.