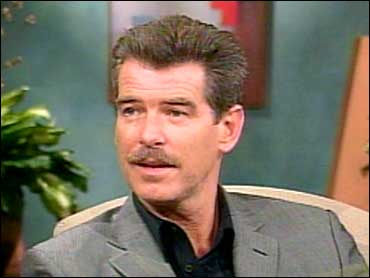 In Brosnan's latest film, "Laws of Attraction," he stars as a high-powered divorce attorney who suddenly finds himself in more than just a professional relationship with his opposing counsel.

In "Laws of Attraction," high-powered New York divorce attorneys Daniel Rafferty (Pierce Brosnan) and Audrey Woods (Julianne Moore) are on opposite ends of the personality spectrum. She is a by-the-book professional. He is more willing to fly by the seat of his pants. The one thing they have in common is that they're very good at their job. The divorce attorneys' distaste for each other is evident when the two butt heads defending their clients in the courtroom. But, Audrey and Daniel find themselves married after traveling to Ireland to chase down separate depositions.

The situation is compromising for both as they try to continue fighting each other in a very public case.

Some Facts About Pierce Brosnan