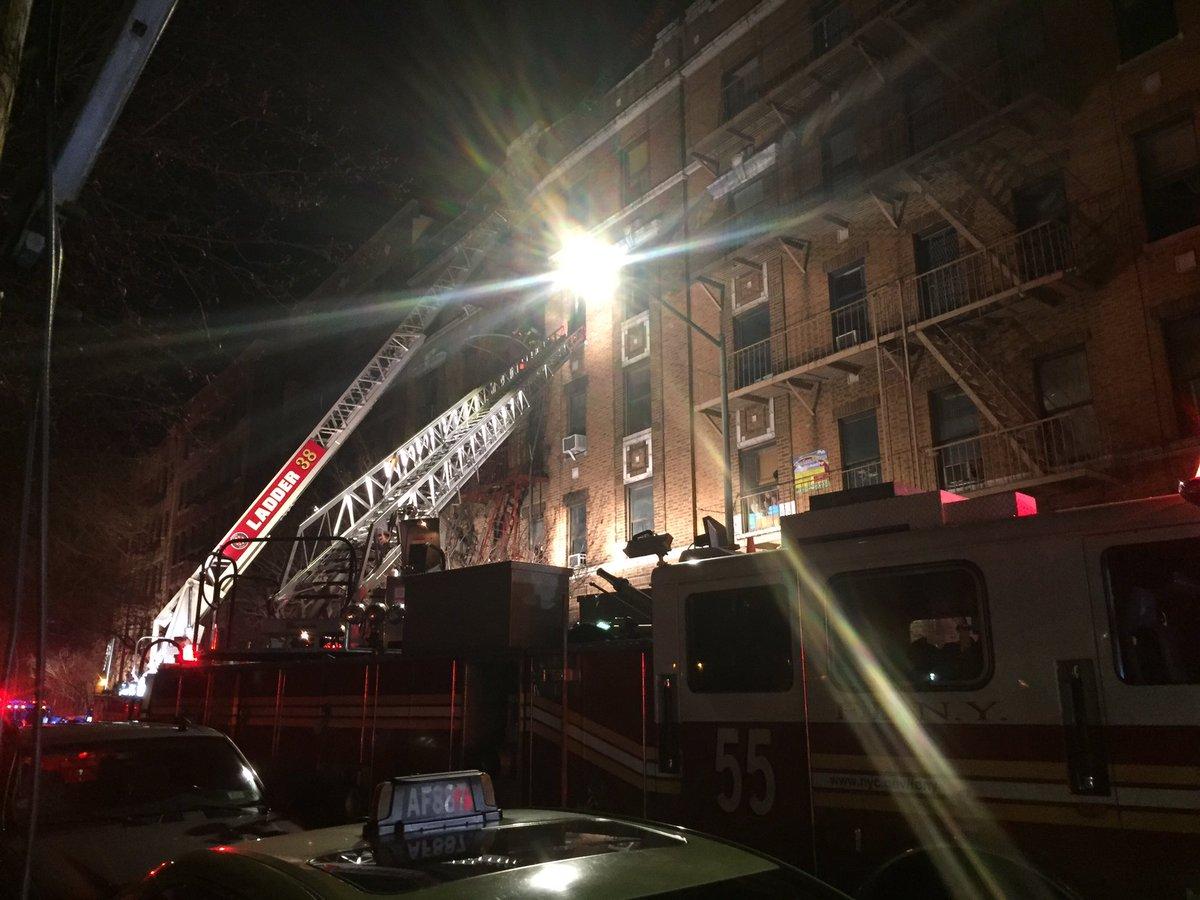 "This is the worst fire tragedy we have seen in this city in at least a quarter century," de Blasio said. "Based on the information we have now, this will rank as one of the worst losses of life in a fire in many, many years."

Fire officials said it was too early to determine a cause, CBS New York reports.

Temperatures in New York were in the high teens Thursday night, with wind chills in the single digits.

The blaze was in a five-story building, a block from the grounds of the Bronx Zoo. A spokesman for de Blasio, Eric Phillips, said earlier in the night there were at least six fatalities, but "will be more. Horrible."

Fire Commissioner Daniel Nigro said the people who died were on various floors of the building. He said the victims who died ranged in age from 1 to 50.

Nigro called the fire, "historic in its magnitude," because of the number of lives lost.

"Our hearts go out to every person who lost a loved one here and everyone who is fighting for their lives," he said.

De Blasio said 12 others were rescued and will survive. But others who were hospitalized may not make it.

About 170 firefighters responded to the scene, and were up against extreme cold as they fought the blaze.

"All I saw was this kid in the fire escape with their property, and the flames were still going as the kids were, you know, on the fire escape," witness Rafael Gonzalez told CBS New York. "What woke me up was the smoke, because I thought it was my building."

According to city records, the building had no elevator. Fire escapes were visible on the facade of the building.

One of the deadliest fires in recent memory happened elsewhere in the Bronx in 2007. Nine children and one adult died in a blaze sparked by a space heater.