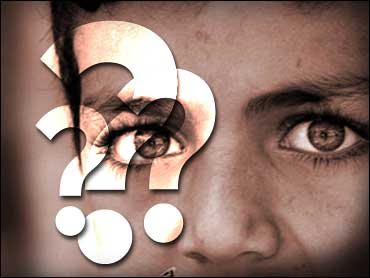 Children growing up in single-parent families are twice as likely as their counterparts to develop serious psychiatric illnesses and addictions later in life, according to an important new study.

Researchers have for years debated whether children from broken homes bounce back or whether they are more likely than kids whose parents stay together to develop serious emotional problems.

Experts say the latest study, published this week in The Lancet medical journal, is important mainly because of its unprecedented scale and follow-up — it tracked about 1 million children for a decade, into their mid-20s.

The question of why and how those children end up with such problems remains unanswered. The study suggests that financial hardship may play a role, but other experts say the research also supports the view that quality of parenting could be a factor.

The study used the Swedish national registries, which cover almost the entire population and contain extensive socio-economic and health information. Children were considered to be living in a single-parent household if they were living with the same single adult in both the 1985 and 1990 housing census. That could have been the result of divorce, separation, death of a parent, out of wedlock birth, guardianship or other reasons.

About 60,000 were living with their mother and about 5,500 with their father. There were 921,257 living with both parents. The children were aged between 6 and 18 at the start of the study, with half already in their teens.

The scientists found that children with single parents were twice as likely as the others to develop a psychiatric illness such as severe depression or schizophrenia, to kill themselves or attempt suicide, and to develop an alcohol-related disease.

The researchers concluded that financial hardship, which they defined as renting rather than owning a home and as being on welfare, made a big difference.

However, other experts questioned the financial influence, saying Swedish single mothers are not poor when compared with those in other countries, and suggested that quality of parenting could also be a factor.

"It makes you think that what you're seeing is just the most dysfunctional families having these problems, rather than the low income. The money is really an indicator of something else," said Sara McLanahan, a professor of sociology and public affairs at Princeton University, who was not involved in the study.

"If you really thought that it was the income that makes the difference, you would think that Swedish lone mothers would do a lot better than the British or those in the U.S., but they look very similar," she said.

In the last 20 to 30 years, poverty has been greatly reduced everywhere in Europe, but psychiatric problems in children have not, said Dr. Stephen Scott, a child health and behavior researcher at the Institute of Psychiatry in London, who also was not involved in the study.

He said that in previous studies, once researchers have adjusted their results to eliminate the influence of bad parenting, any increased risk of emotional problems shrinks markedly. This, he said, indicates it is not so much single parenthood but the quality of parenting that is at issue.

"The kind of people who end up as single parents might not have done well by their kids, even if they hadn't ended up alone. They tend to be more critical in their relationships, more derogatory toward other people," Scott said, adding that it is also harder to be a warm, non-critical parent when you're bringing up a child alone.

However, he noted that there are plenty of children from single-parent families who don't end up with serious emotional problems.

"The whole field is highly debated. This is another piece in that debate that makes several important points — firstly that there really is an increased risk in young adulthood of pretty bad things. It also indicates it's not all about the money, but may be about the people themselves," McLanahan said.