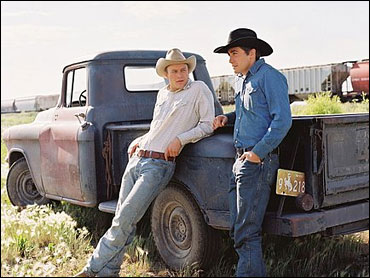 A girl and her grandparents have sued the Chicago Board of Education, alleging that a substitute teacher showed the R-rated film "Brokeback Mountain" in class.

The lawsuit claims that Jessica Turner, 12, suffered psychological distress after viewing the movie in her class at Ashburn Community Elementary School last year.

Turner and her grandparents, Kenneth and LaVerne Richardson, are seeking around $500,000 in damages.

"It is very important to me that my children not be exposed to this," said Kenneth Richardson, Turner's guardian. "The teacher knew she was not supposed to do this."

According to the lawsuit filed Friday in Cook County Circuit Court, the video was shown without permission from the students' parents and guardians. Richardson had previously complained to school officials about reading material he said contained curse words.

"This was the last straw," he said. "I feel the lawsuit was necessary because of the warning I had already given them on the literature they were giving out to children to read."

Richardson said his granddaughter was traumatized after watching the film, telling him that "They made me watch this bad movie." He went to the school to speak to Buford, Richardson told the Tribune, but she refused to do so without her union representative.

Messages left over the weekend with school district officials were not immediately returned.