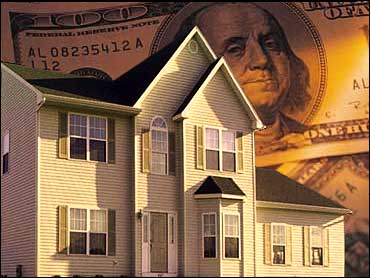 One would think in a solid middle-class household where both spouses worked that financial stability would not be a worry.

Yet current bankruptcy statistics show middle class couples with kids are twice as likely to file for bankruptcy than their childless counterparts.

The reason for that occurrence is the subject of a controversial new book, "The Two-Income Trap: Why Middle-Class Mothers & Fathers Are Going Broke."

Elizabeth Warren, the book's co-author, will visit The Early Show Wednesday to provide insight and some solutions to the financial problem.

Warren says today's middle-class two-income family is worse off than families of a generation ago, because today families need both incomes to simply make ends meet. Over two decades ago, most middle-class families lived off one-income with a stay-at-home who had the option to join the work force to supplement the family income in times of need. This supplemental second income option — often discretionary — provides the family with what Warren calls a "safety net."

Middle-class two income families today have no safety net, she says, because their entire income is sapped. But not sapped by the excesses of groceries, designer clothing, expensive vacations and expensive sports shoes and equipment. Instead, the authors say it's the non-discretionary expenses such as the mortgage, health insurance, private pre-school, college tuition and a second car for mom that has shifted the American dream and driven middle-class families into bankruptcy.

Warren explains committing both mom and dad's income to the necessary family expenses has made families more financially vulnerable than ever before.

As banking rules changed to allow for mom's income to count toward mortgage loans, families found themselves buying into larger and larger more expensive housing properties. The understanding, she explains, was a good home would buy them into a good public school district, thereby setting their children up for a solid future.

Warren suggests the following to help families free themselves from the two-income trap and build financial safety.

Survive Without One Income
Ask yourself if the family can live on one salary and survive for 6 months, Warren suggests. If you can, money saved from a second income becomes savings for a rainy day, vacation and any needed splurges.

Down Shift Fixed Expenses
Warrens says to take a look at the necessities, not the frills. Can you manage a few years without a new car? Can you choose a lower cost HMO? Buy a smaller house in a lower taxed based community? Confront these questions now, she suggests, before living above your means makes it harder to scale back on the necessities.

Avoid the Blame Game
You are not alone. Financial crisis happens to almost everyone. Warren says husbands may feel shamed by their inability to provide, and wives may feel over-burdened by the demands of bill collectors, bosses and children, so be kind. She says a couple will be under enormous strain and taking it out on each other will only make things worse.

Protect Your Treasures
Warren says to think like a family at war. Never borrow against your home. Ask the question, which of your assets do you want to hold onto? The car? The home? The health insurance policy? Decide which things you value most, and pay those bills first. It doesn't matter who else is making demands on your resources, or what they are threatening you with. Once you are in trouble, you will need to fight — and you should be fighting for the things you care about. Warren says you shouldn't look to satisfy the loudest or most aggressive creditor.

Warren says couples should look for some governmental relief. She suggests the following: