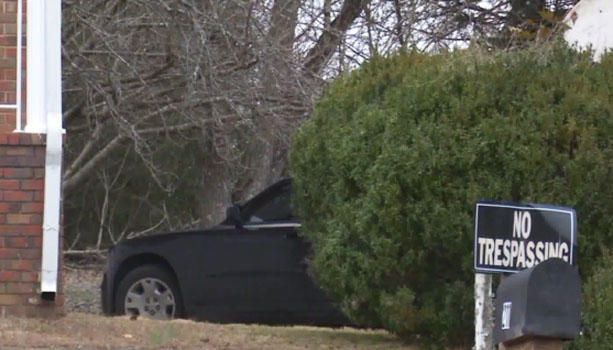 Scottsboro, Alabama — An Alabama judge denied a request to dismiss murder charges against a woman who said she killed a man because he raped her and attacked her brother.

Jackson County Circuit Judge Jenifer Holt rejected the "stand your ground" self-defense claim of Brittany Smith on Monday, citing records that allege Smith tried to destroy evidence and also gave testimony that didn't line up with medical evaluations and other evidence from the scene, Al.com reported.

Holt also said Brittany Smith could have fled to safety, WHNT points out.

The court faulted Brittany Smith for what it called her inconsistent statements to police, including originally saying her brother shot Todd Smith, WHNT noted. The court also questioned the extent of her brother's injuries based on photos from the scene.

Brittany Smith said she fatally shot Todd Smith while he was holding her brother in a headlock and threatening to kill them all, according to testimony given at a recent court hearing. Brittany Smith's brother was at the house to confront Todd Smith, who was accused of raping, strangling and assaulting her earlier in the night and threatening to kill her if she told anyone.

Brittany Smith's lawyers argued that she should be granted immunity under Alabama's Stand Your Ground Law because she feared Todd Smith would kill her or her brother. But the judge argued that Brittany Smith didn't need to use lethal force to end the altercation, and that her brother was also an aggressor because he brought a weapon to the home and started the confrontation.

Brittany Smith's case will proceed to trial, which was scheduled for Feb. 10, and she could spend up to life in prison if convicted of fatally shooting Todd Smith in 2018, news outlets reported. Brittany Smith's attorneys said they planned to appeal the ruling. They told WHNT the appeal could delay the start of the trial for months.