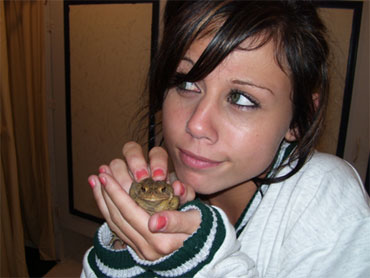 NEW YORK (CBS/AP) She went on spring break and didn't come back.

Photos: Where is Brittanee Drexel?

Brittanee Drexel, a 17-year-old high school student from Rochester, N.Y told her mother she was staying at a friend's house, but actually set off on a weekend vacation with friends to Myrtle Beach, S.C.

And then she vanished.

The last time anyone heard from her was when she sent a text message the night of April 25, 2009 to one of her friends, authorities say.

The last person known to have been with Brittanee was Peter Broswick, a high school friend she went to visit in another hotel that night. He quickly became a "person of interest," but has since been cleared in the case.

Dawn Drexel, Brittanee's mother, appeared on The Early Show in April to talk about the ongoing search for her daughter.

"It's been horrible, because I don't know where she is. I don't know if she's alive," Dawn Drexel said. "She left all her clothing, her hair stuff. It's just not like Brittanee. Something's wrong."

Brittanee and her friends were staying at the Bar Harbor Hotel at 1010 North Ocean Boulevard in downtown Myrtle, according to her missing persons website. She last telephoned her boyfriend, John Greico, the night she went missing.

"She definitely met with foul play," Greico told The Early Show in May. "I think somebody saw her walking and offered her a ride and she got in the car with the wrong person."

"I don't believe she just ran away," said Dawn Drexel. "She was going through a lot because my husband, my soon-to-be ex-husband, we were going through a divorce. So this has been very hard on her." 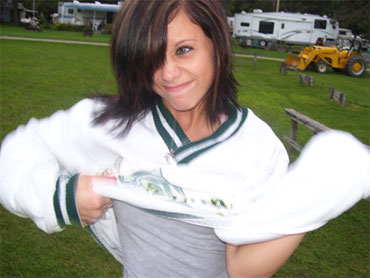 Photos: Where is Brittanee Drexel?

Brittanee also has a history of depression that her father, Chad Drexel, was especially concerned about.

Brittanee was last seen on April 25, 2009. She is described as five feet tall, weighing 103 pounds. She has brown, shoulder-length, straight hair and blue eyes. She was last seen wearing a multi-colored striped shirt, black shorts, and flip-flop sandals. She had blonde highlights in her hair.

Ex-warden of women's prison known as the "rape club" goes to trial
Thanks for reading CBS NEWS.
Create your free account or log in
for more features.
View CBS News In
CBS News App Open
Chrome Safari Continue
Be the first to know
Get browser notifications for breaking news, live events, and exclusive reporting.