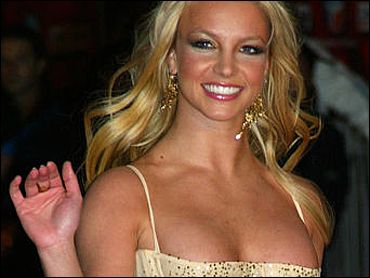 Britney Spears' fans don't think the pop star's chewed gum is "Toxic" — they're buying wads of it on eBay.

There are over two dozen auctions of used chewing gum on eBay, each claiming their product has been spit out by the 22-year-old singer. Prices go as high as $14,000, but most are for significantly less.

Though there is no way to verify the authenticity of the various wads, many postings include photos of a small piece of chewed gum, a copy of a ticket stub from the place of finding and a personal story of procurement.

One posting claiming to be the originator of the craze says the gum for sale was spat out in anger by Spears outside her Los Angeles home in early August. A picture of the gum, now going for $26, accompanies the auction.

A seller from London who is asking $53 for a piece of gum obtained at Spears' 2000 Wembley Arena concert, declares: "I have had this item for over three years and am only listing it because of the current interest in Ms. Spears' habit for discarding gum!"

Brian Johnson, 25, of Mississauga, Ontario, had a posting asking for $1,000, claiming: "You could take a DNA test to prove this is the real deal." Though he has since taken down the ad, Johnson told The Associated Press in a recent e-mail that he obtained the gum while working backstage at a Toronto concert in April.

"While I was holding the camera, I saw her spit it out," Johnson said. "I thought it would be funny to bring the gum home and show some of my friends. They got a big laugh out of it."

Why would someone pay money for a piece of used gum? Psychologist Joyce Brothers is reminded of the prices that people paid for the clothes and possessions of President John F. Kennedy and actress Katharine Hepburn.

"People want a piece of someone they like and admire," Brothers told the AP Wednesday. "It's like obtaining somebody's halo."

But buyer beware! Some of the auctions are fake. One seller offers a piece of Spears' gum from the 2004 MTV Video Music Awards that "still has her teeth marks in it." Spears didn't attend the event.

The bidding is also often fake. The gum now priced at $14,000 was driven up by one person who bid against himself. Winning bids are mostly closer to $5 to $100.

Chris Donlay, a publicist for eBay, says the veracity of the gum claims isn't the business of the Web site. "As long as it doesn't violate our policies, then it's really between the buyer and the seller."

Whether true or not, more than a few eBayers find the whole thing laughable. One fan offers not Britney's gum, but her own. The auction — for 1 cent — reads: "Why waste your money on one of those other super expensive gum auctions when you can get this one here for a steal?" Another offers photos of Spears along with a peach bitten by the seller, who advises, "And remember, please don't spit your gum out. Use a bin or stick it behind your ear."

Still, gum isn't the only Spears' garbage being sold. Also up for auction are a tissue and cigarette butts, making the singer look like quite a litterbug. An allegedly used bath towel and bar of soap, which the seller calls "priceless," are also being auctioned.

And the trend appears to be spreading. There is already a posting selling the gum of another celebrity chewer: Eminem.