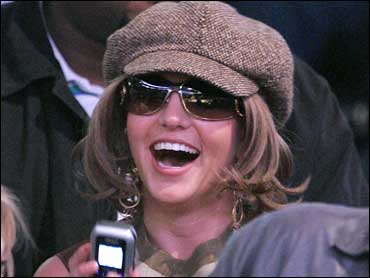 Britney Spears is threatening to sue Clear Channel Communications for billboards her lawyer called "outrageous to the extreme," the Smoking Gun reports on its Web site.

The Clear Channel owned MJ Morning radio show in Florida put up three billboards featuring the now famous paparazzi photos of Spears with a freshly shaved head and an angry sneer on her face. On the other side of the billboards are the laughing face of one of the show's radio personalities. Between them are the words: "total nut jobs," "shock therapy," or "certifiable."

The photos in question were taken by the X17 agency in February after Spears had her much publicized head-shaving meltdown. Later, when she was being photographed by X17 agency she launched an umbrella wielding attack on the photographer.

The company is further exposing itself to liability by lying about removing them, Goldman wrote. She also demanded an inventory of all billboards containing Spears' likeness.

"If Clear Channel continues to ignore the reasonable demands being made on my client's behalf and or again provides us with inaccurate or misleading information," she wrote, "it does so at its peril."

A request for comment from Spears' attorneys was not returned on Monday.