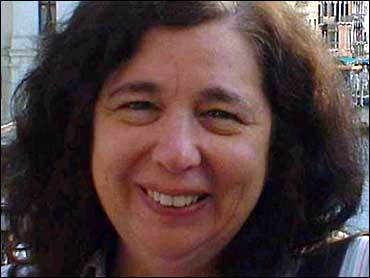 A British teacher jailed after she allowed her students to name a teddy bear Muhammad was released Monday hours after Sudan's president pardoned her, a British embassy spokesman said.

An official at the British Embassy said she was on her way home Monday night. "I can confirm she has left Sudan," spokesman Omar Daair told The Associated Press.

The teacher, Gillian Gibbons, was believed to be on an Emirates flight with a stopover in Dubai before heading to London.

President Omar al-Bashir earlier agreed to pardon Gibbons, putting an end to a case that has outraged Britons and Muslims around the world.

Gibbons said she did not intend to offend anyone and had the great respect for Islam.

Sudanese presidential spokesman Mahzoub Faidul told The Associated Press that Gibbons would "be released today and will fly back to England today." However, Travel agents in Sudan said the earliest European-bound flights would not leave Khartoum until the early hours on Tuesday.

British embassy spokesman Omar Daair said "arrangements for her release are being made," but he would not more provide more details for security reasons.

In a written statement released by the presidential palace and read by Warsi to reporters, 54-year-old Gibbons said she was sorry if she caused any "distress."

"I have a great respect for the Islamic religion and would not knowingly offend anyone," Gibbons, who was convicted on Thursday, said in the statement.

"I am looking forward to seeing my family and friends, but I am very sorry that I will be unable to return to Sudan," the statement read.

In Britain, Prime Minister Gordon Brown said he was delighted by news.

He told a television crew England that her detention "was completely wrong" and in a written statement released from his office earlier he said "common sense has prevailed".

Gibbons was sentenced on Thursday to 15 days in prison and deportation for insulting Islam because she allowed her students to name a class teddy bear Muhammad, seen as a reference to Islam's most revered figure, the Prophet Muhammad.

The teacher's conviction under Sudan's Islamic Sharia law shocked Britons, and the British government has said it was working with Sudan's regime to win her release.

Gibbons escaped harsher punishment that could have included up to 40 lashes, six months in prison and a fine. Her time in jail since her arrest last Sunday counts toward the sentence.

During her trial, the weeping teacher said she had intended no harm. Her students, overwhelmingly Muslim, chose the name for the bear, and Muhammad is one of the most common names for men in the Arab world. Muslim scholars generally agree that intent is a key factor in determining if someone has violated Islamic rules against insulting the prophet.

But the case was caught up in the ideology that al-Bashir's Islamic regime has long instilled in Sudan, a mix of anti-colonialism, religious fundamentalism and a sense that the West is besieging Islam.

The case sparked harsh criticism from many Muslims in the West who said she should have never been arrested. On Monday, Inayat Bunglawala, a spokesman for the Muslim Council of Britain, welcomed the news of her pardon.

"It will be wonderful to see her back in the U.K. I am sure she will be welcomed by both Muslims and non-Muslims after her quite terrible ordeal at the hands of the Sudanese authorities," Bunglawala said.

There were also concerns for Gibbons' safety after thousands of Sudanese, many armed with clubs and swords and beating drums, burned pictures of her and demanded her execution during a rally in the capital Khartoum on Friday.

She was moved from the Omdurman women's prison to a secret location on Friday after the angry demonstrations against her, her lawyer said.

There was no overt sign that the government organized the protest, but such a rally could not have taken place without at least official assent.