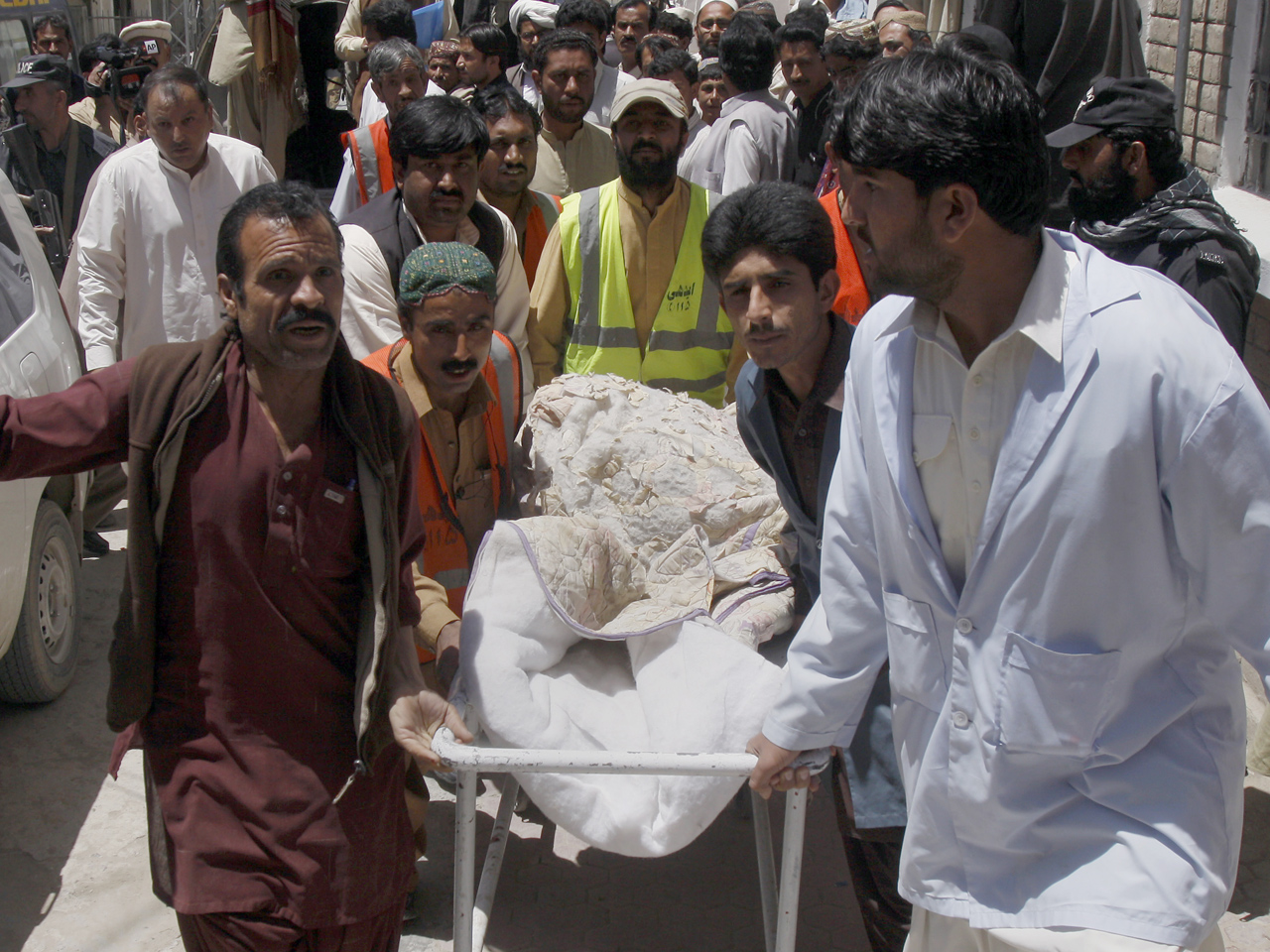 (AP) QUETTA, Pakistan - The body of a British Red Cross worker held captive in Pakistan since January was found in an orchard Sunday, his throat slit and a note attached to his body saying he was killed because no ransom was paid, police said.

Khalil Rasjed Dale, 60, was managing a health program in the city of Quetta in southwestern Pakistan when armed men seized him from a street close to his office. The identities of his captors are unknown, but the region is home to separatist and Islamist militants who have kidnapped for ransom before.

The director-general of the International Committee of the Red Cross condemned the "barbaric act."

"All of us at the ICRC and at the British Red Cross share the grief and outrage of Khalil's family and friends," said Yves Daccord.

Dale's throat had been slit, according to Safdar Hussain, a doctor who examined the body.

Quetta police chief Ahsan Mahboob said the note attached to it read: "This is the body of Khalil who we have slaughtered for not paying a ransom."

British Foreign Secretary William Hague condemned Dale's killing, and said "tireless efforts" had been under way to secure his release after he was kidnapped.

Khalil had worked for the Red Cross for years, carrying out assignments in Somalia, Afghanistan and Iraq, the group said.

Quetta, the capital of Baluchistan province, lies close to the Afghan border and for decades has hosted thousands of refugees from that country. The Red Cross operates clinics in the city that treat people wounded in the war in Afghanistan, including Taliban insurgents.

A Pakistani foreign office statement condemned the crime, promising to bring its perpetrators to justice. However, arrests for this type of crime are rare.

Much of Baluchistan and the tribal regions close to Afghanistan are out of Pakistani government control, and make good places to keep hostages. Large ransoms are often paid to secure their release, but such payments are rarely confirmed.

Two Pakistani intelligence officials in Quetta said they were investigating whether this could be the work of the Pakistani Taliban. They spoke on condition of anonymity because they were not authorized to talk to the media.

There are at least four other foreigners being held in Pakistan.

Last August, a 70-year-old American humanitarian aid worker was kidnapped from his house in the Punjabi city of Lahore. Al Qaeda claimed to be holding the man, Warren Weinstein, and said in a video he would be released if the United States stopped airstrikes in Afghanistan, Pakistan, Somalia and Yemen.

In March, a Swiss couple held captive for eight months by the Taliban turned up at an army checkpoint close to the Afghan border. Insurgents have claimed a large ransom was paid to secure their freedom. That has not been confirmed by Pakistani or Swiss authorities, who are unlikely to acknowledge it even if they did.

The couple was kidnapped in Baluchistan.

Also Sunday, American missiles killed three suspected Islamist militants sheltering in an abandoned school in North Waziristan, said intelligence officials, who did not give their names because they were not authorized to speak to reporters.

Pakistan's government strongly condemned the attack. In a statement, it said such attacks violate international law and Pakistan's "territorial integrity and sovereignty."

The strike comes as the U.S. is trying to rebuild its relationship with Pakistan, which opposes the missile attacks and has demanded they stop. The frequency of the attacks, which critics say kill innocents and energize the insurgency, has dropped dramatically this year.