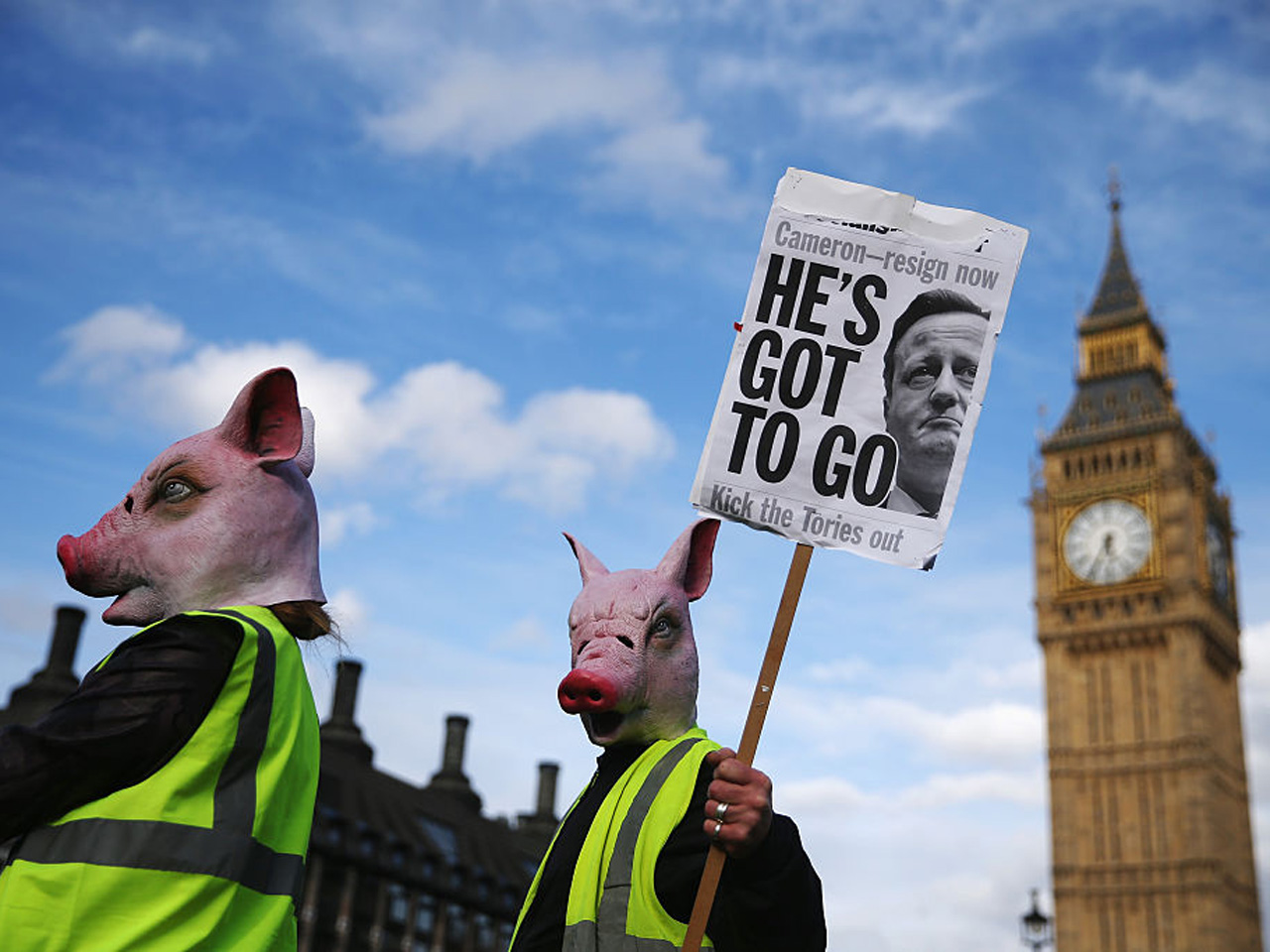 LONDON - British Prime Minister David Cameron fought back Monday after days of criticism over his finances, lashing out at what he called hurtful and untrue claims about his late father's investments sparked by leaked details about the offshore accounts of the rich and famous.

Trying to restore his government's shaken reputation, Cameron insisted that "aspiration and wealth creation are not somehow dirty words" and said Britain was acting to stop evasion in its overseas tax havens.

Cameron has been under mounting pressure since his father, Ian Cameron, was identified as a client of a Panamanian law firm that specializes in helping the wealthy reduce their tax burdens. The prime minister initially refused to say whether he had a stake in Blairmore Holdings, an offshore firm established by his father, before acknowledging he had sold his shares in it shortly before he was elected in 2010.

Cameron became the first British leader to document his financial affairs in the wake of the growing Panama Papers leak.

"I accept all of the criticisms for not responding more quickly to these issues last week," Cameron told lawmakers in the House of Commons. "But as I said, I was angry about the way my father's memory was being traduced."

Cameron said his father had set up an investment fund overseas so it could trade in dollar securities - "an entirely standard practice and it is not to avoid tax." He said millions of Britons had investments in such funds through their workplace pensions.

Cameron said "there have been some deeply hurtful and profoundly untrue allegations made against my father," who died in 2010.

Revelations about the Cameron family finances - found among more than 11 million documents from the Panamanian law firm Mossack Fonseca - have overshadowed the government's claim that it is committed to closing tax loopholes.

Cameron has championed greater financial transparency, and is due to host an international anti-corruption summit in London next month.

A law requiring British companies to disclose who really benefits from their ownership comes into force in June. Cameron said Monday that Britain's Crown dependencies and overseas territories - including such tax havens as Jersey and the British Virgin Islands - had also agreed to share beneficial ownership information with U.K. law-enforcement bodies.

The prime minister, a former PR man with a reputation for sharp political intuition, appeared to be caught off-guard by the tax furor. His office initially insisted that his financial arrangements were private, before acknowledging that Cameron and his wife had sold some 30,000 pounds ($44,000) in shares in the offshore fund shortly before he became prime minister in 2010, to avoid any potential conflict of interest.

Finally, on Sunday Cameron published a summary of his tax returns since 2009, becoming the first British leader to do so. The records appear to show that Cameron paid his full share of tax - 75,898 pounds on taxable income of 200,307 pounds in the most recent tax year.

But the document also generated a new round of headlines over a 200,000 pound gift from his mother on which Cameron - legally - paid no tax.

Cameron said publishing his tax information had been "unprecedented." He said others who aspired to be prime minister or control the country's finances should follow suit. But he said extending compulsory tax disclosure to all lawmakers would be "a very big step," and one he did not recommend.

Treasury chief George Osborne and opposition leader Jeremy Corbyn both published details of their own tax returns Monday. So did London Mayor Boris Johnson, revealed to have paid almost 1 million pounds in tax over the last four years.

The tax spat could have repercussions for Britain's June 23 referendum on European Union membership. Cameron is the leading proponent staying in the EU, and anything that tarnishes his brand could undermine that campaign.

In Britain, the Panama Papers sparked a furor shot through with the national obsessions of privilege and class.

Conservative lawmaker Alan Duncan accused the prime minister's critics of hating "anyone who's even got a hint of wealth in their life."

But Labour leader Corbyn said the Panama Papers had "driven home is what many people have increasingly felt - there is now one rule for the super-rich and another for the rest."

"I'm honestly not sure that you fully appreciate the anger that is out there over this injustice," he told Cameron.

Corbyn described Cameron's statement regarding tax avoidance, offshore companies and his own financial affairs as a "master class in the art of distraction."

Speaker John Bercow ejected Skinner from the House of Commons after he refused to withdraw his name calling.