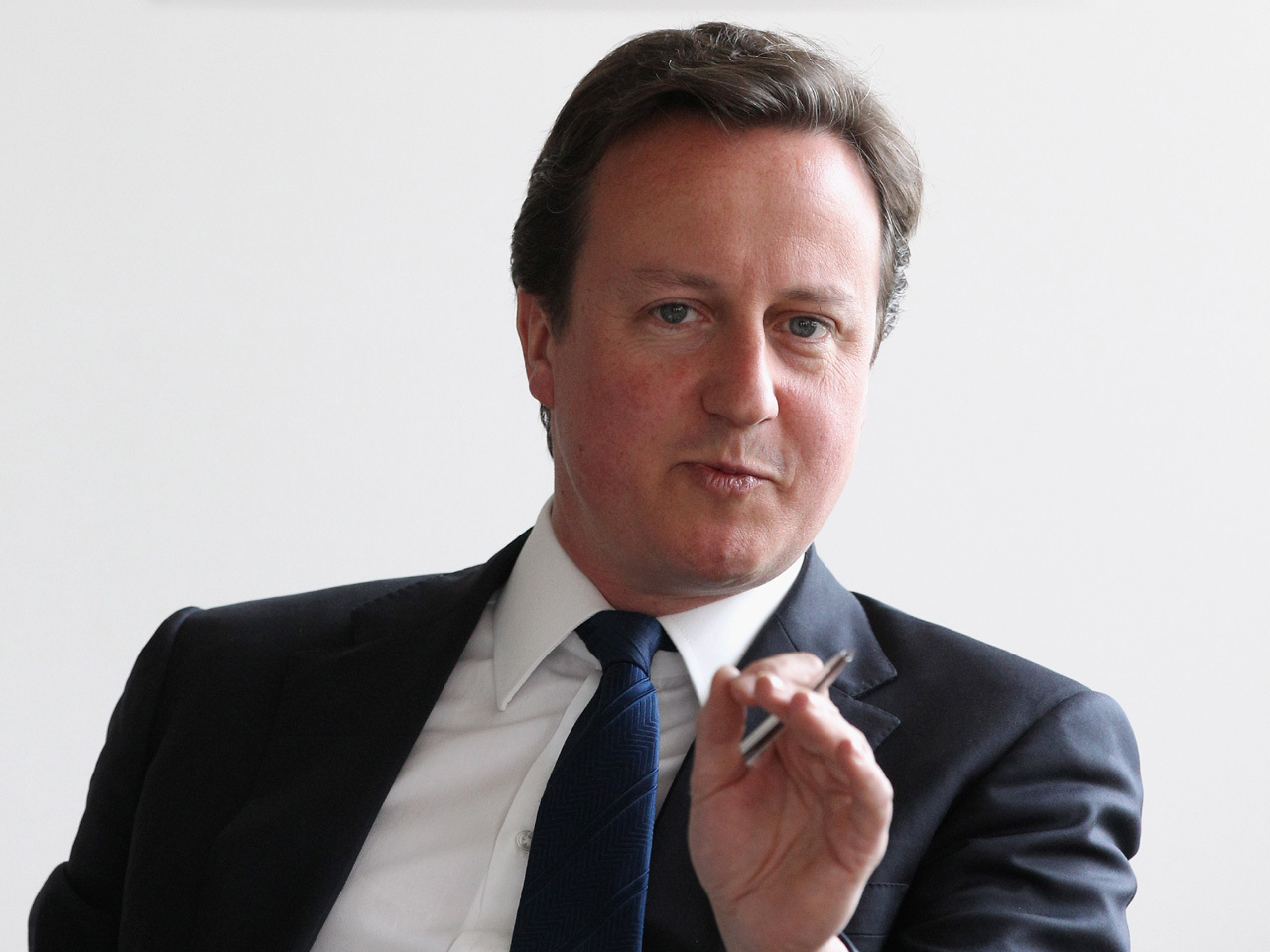 Will he dust off his old suit (he MUST have one, or several)? Or get fitted for something new?

A spokesman had indicated earlier this week that Cameron would opt for a business suit at the April 29 event instead of the traditional tails associated with upper-class English weddings.

But Cameron's office said the prime minister now plans to wear a more formal suit. His decision is expected to lead other politicians to shed business wear for morning suits.

There had been some resistance from traditionalists to Cameron's presumed choice of less formal business wear.

Several wrote disapprovingly to conservative newspaper The Daily Telegraph. "People don't care where he comes from or that he might be a toff (upper-class)," wrote James Charrington of Stamford in central England. "Show the public and the future king and his bride some respect and turn up to the royal wedding in the correct attire -- a morning suit."

The wedding invitation gives men a choice of suits, military uniforms or traditional formal wear. Religious leaders are expected to wear their clerical garb if they choose to do so.

Cameron has been reluctant to wear outfits that remind voters of his elite education at Eton College and Oxford University. He was photographed in a bow tie and formal wear when he was a member of the Bullingdon Club, an Oxford society renowned for its affluent members and boozy dinners. The photo has been reprinted many times to emphasize his upper-class origins.