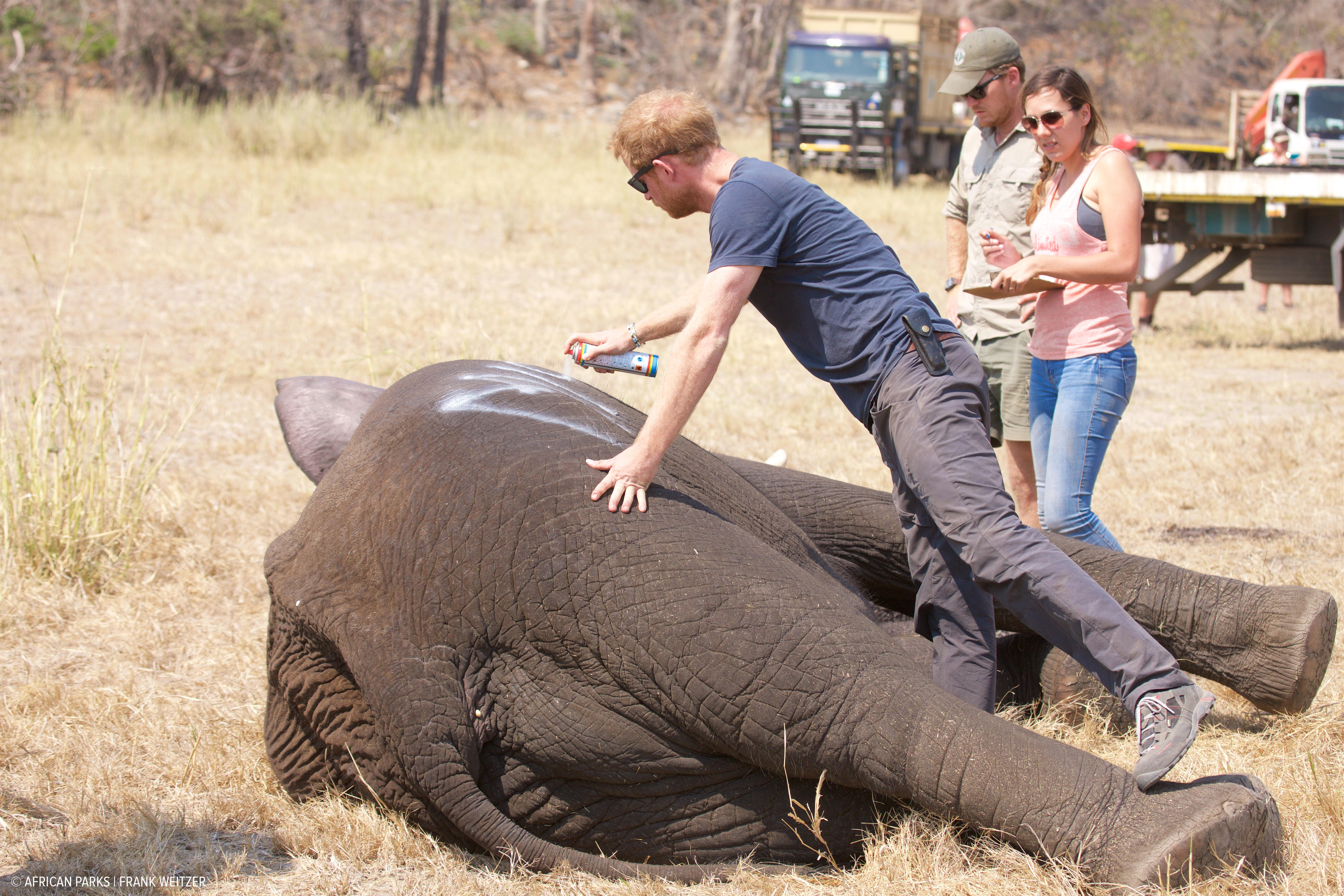 LONDON -- Photos were released Friday of Britain’s Prince Harry working over the summer in Malawi on what Kensington Palace called “one of the largest elephant translocations in conservation history.”  Prince Harry spent nearly three weeks on the ground with the conservation group African Parks, which manages protected areas and national parks on behalf of governments.

The goal of the project, called “500 Elephants,” was to move elephant herds from Majete and Liwonde, where animal numbers were very high, aproximately 220 miles to Nkhotakota Wildlife Reserve, where populations were low.

“Human populations in Southern Africa have increased annually by an average of 1.16% from 1960 to today, from 73milion to 320million,” Prince Harry said.

“There is no question at all that Africa’s wildlife will be increasingly susceptible to growing human populations and their requirements for land. Elephants simply can’t roam freely like they used to, without coming into conflict with communities, or being threatened by poaching and persecution,” he continued.

Due to poaching, habitat loss and human-wildlife conflict, elephant numbers in Africa are in decline; Africa’s savanna elephant population plummeted by about 30 percent from 2007 to 2014 and is declining at about 8 percent a year.

“There has to be a balance between the numbers of animals, and the available habitat. Just how nature intended it.” Prince Harry said. “In this case, African Parks, in partnership with the Malawian government, have re-established a safe area for elephants to be moved back to. This simultaneously relieves the pressure in Liwonde, and restocks Nkhotakota so both populations of Elephants can continue to grow. If the re-balance doesn’t take place, human wildlife conflict will increase and elephants will degrade their habitat. We’re then back to having to consider the worst – reducing herds by culling.”