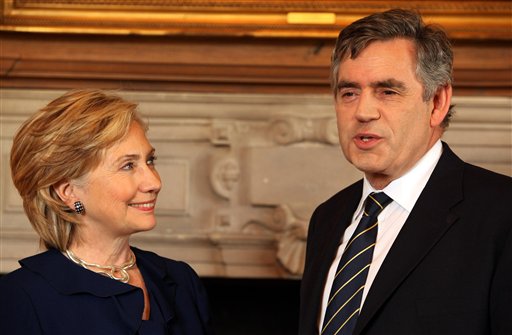 In the latest blow to Gordon Brown's beleaguered leadership, the British prime minister is being forced to repay over 12,000 pounds ($19,000) in disputed claims following an audit into how British lawmakers spent public money.

Dozens of lawmakers received letters Monday from Thomas Legg _ who Brown appointed to audit expense claims _ asking them to repay the money or offer further explanations for why they claimed it. Legg was chosen to rewrite the spending rules in an effort to quell public outrage over lawmakers' greed for taxpayer funds.

Brown's office confirmed Monday that he will pay back some money claimed for a maid and for decorating, but said Legg had told Brown he had not broken any rules.

"Mr. Brown will pay in full," his office said.

Brown has urged all lawmakers to repay the excessive claims identified by Legg.

Details of legislators' claims, which were leaked to a newspaper earlier this year and later released publicly, revealed how scores of politicians made inappropriate demands or manipulated housing allowance rules.

Some used public funds to renovate homes that were later sold for substantial profits or bought items that included pornographic movies, horse manure and an ornamental duck house.

Legg has proposed that lawmakers claim no more than 2,000 pounds ($3,155) per year for cleaning, or 1,000 pounds ($1,580) for gardening. He has also suggested that lawmakers repay expenses that previously exceeded those limits _ even though they had not broken any laws in making those claims.

The prime minister suggested that repaying the money was an important step.

"We have got to clean up politics, we have got to consign the old discredited system to the dustbin of history, so this is part of the process," Brown told GMTV television.

About 175 legislators have already repaid about 300,000 pounds ($475,000) since the details of their expense claims were made public. But some legislators have suggested they could refuse, or challenge the audit in Britain's courts.

Former Home Secretary Jacqui Smith on Monday made a personal apology to the House of Commons over her excessive claims, after a report into her conduct _ the first inquiry to be completed into an individual lawmaker's claim _ found she had breached rules.

Smith became the most high-profile casualty of the expenses scandal when she quit in June. Leaked documents exposed that she'd inadvertently included two pornographic movies ordered by her husband in an expenses claim.

Dozens of lawmakers have already resigned in the scandal. One study suggested that up to 300 of parliament's 646 lawmakers could lose their jobs in the next election _ although some of that could be attributed to the widely expected rout of Brown's ruling Labour Party by the opposition Conservatives.