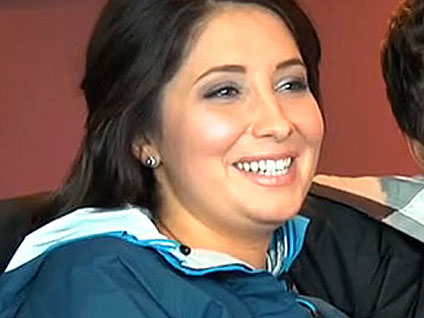 NEW YORK (CBS) Bristol Palin is about to walk to the altar and she says her mom is not pleased.

The daughter of conservative Tea Party advocate Sarah Palin is reaching out to the media to get the message across that her mom in no way endorses her surprise re-engagement to Levi Johnston, the father of her son Tripp.

In an interview with Us Weekly on Wednesday, Palin tells the magazine that Sarah Palin "doesn't really approve" of her re-involvement with the 20-year-old father of the teen's 8-month-old son.

Palin, 19, says that her mother is "apprehensive and concerned about this. She doesn't want to see me get hurt again."

The Palin family reportedly is not happy with Johnston for posing naked in Playgirl magazine. According to US Weekly, Johnston claimed that Sarah Palin sniped back that anyone who would pose for Playgirl would "say and do anything for even more attention."

Bristol Palin says she broke the news about the re-engagement to her mother over the phone.