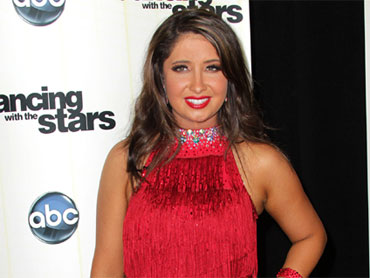 Paperwork shows the recent contestant on TV's "Dancing With the Stars" and daughter of former Alaska Gov. Sarah Palin is the sole purchaser of the house in the town of Maricopa in Pinal County. She bought it for $172,000 from a North Dakota couple.

It's not clear if Bristol Palin will be a seasonal visitor or permanent resident at the home, in a development called Cobblestone Farms.

According to real estate websites, the residence is a two-level, brown stucco house with a tile roof, a landscaped front and back yard, and access to a community pool.

Bristol Palin, 20, closed on the home in early December, buying it from Michael and Cynthia Smith, according to paperwork filed with the Pinal County Recorder's Office.

"I'm not sure why she wanted to buy that home, but we are real happy for her," Michael Smith told The Republic.

Bristol Palin came to the forefront during her mother's 2008 vice presidential run when the Palin family announced that the then-17-year-old was pregnant.

Following the birth of her son, Bristol Palin spoke out as a teen pregnancy prevention advocate.