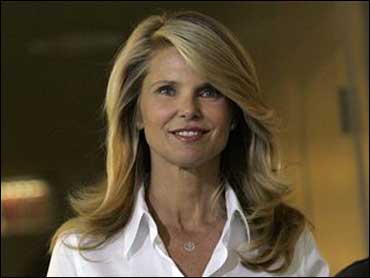 "It's been a really long day. I heard a lot of new things today that I didn't know and so I really think I'm not going to comment right now," Brinkley told reporters at the end of the day. "I need some time to let it all absorb."

The other woman, 20-year-old Diana Bianchi, described in lurid detail her 10-month affair with Brinkley's husband, which began when she was still a teenager.

Bianchi said on the stand that she did not know exactly how many times she had sex with Cook, but that it was maybe 10 at most. She testified that their trysts took place in his office and at homes Brinkley owned. She also said that Cook left cash payments for her in various locations.

Cook admitted to having the affair and paying his then 18-year-old lover $300,000 to keep quiet.

Still, Cook is fighting for custody of the couple's 10-year old daughter, Sailor Lee and 13-year old Jack, whom Brinkley had with another husband and was later adopted by Cook.

Brinkley's lawyers argue Cook isn't fit to be a parent - citing the affair and a $3,000-a-month bill for pornographic Web sites.

"Looking at pornography and having an affair with an 18-year-old is not illegal," CBS News legal analyst Lisa Bloom told Early Show co-anchor Maggie Rodriguez. "(But), how does that affect the children? At the end of the day the question is, did the kids know? Did it affect his ability to be a good father?"

"This was only day one. We may hear about more sexual improprieties by Peter Cook. Then he will have a chance to tell his side, that he was a good parent, that he's remorseful for what he's done." she said. "He did cry on the stand yesterday. The judge will have to sort it all out. The property and the money issues - that's still to come." 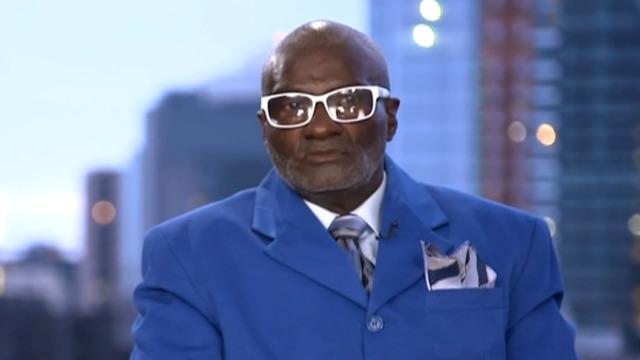