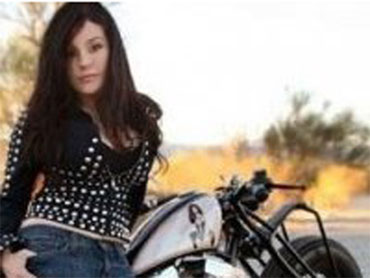 L.A.-based photographer Brigitte Daguerre is the third woman to claim she had an affair with James while he was married to the actress and she told TMZ that she has 195 text messages to prove it. It includes one from James that allegedly reads, "I'll be your monkey."

The photog claims that three years into his marriage with Bullock, James hired her in 2008 to do styling work for a West Coast Choppers photo shoot. Daguerre says the two emailed and texted each other for a year.

The texting, "many of them extremely graphic" included repeated requests for Daguerre to send pictures. Daguerre also told TMZ that the two had sex four times before she cut the affair off.

The claims come after a second woman, Melissa Smith, dished her story to Star, claiming that she, too, had an affair with the reality TV bad boy.

People reports that Smith, 35, claims she had an affair with James after they met via MySpace in 2006.

In an interview with Star, Smith, who lives in Huntington Beach, Calif., claims she would visit James every few months at his West Coast Choppers headquarters in Long Beach, Calif., where they had an affair.

McGee's raunchy past, filled with racy, Nazi-inspired photo shoots, an alleged obsession with James and allegations of being a white supremacist, has generated a host of lurid headlines.

James has not responded to the accustions, other than to issue a blanket apology to his wife and his children. He did not specifically say what it was he was apologizing for.