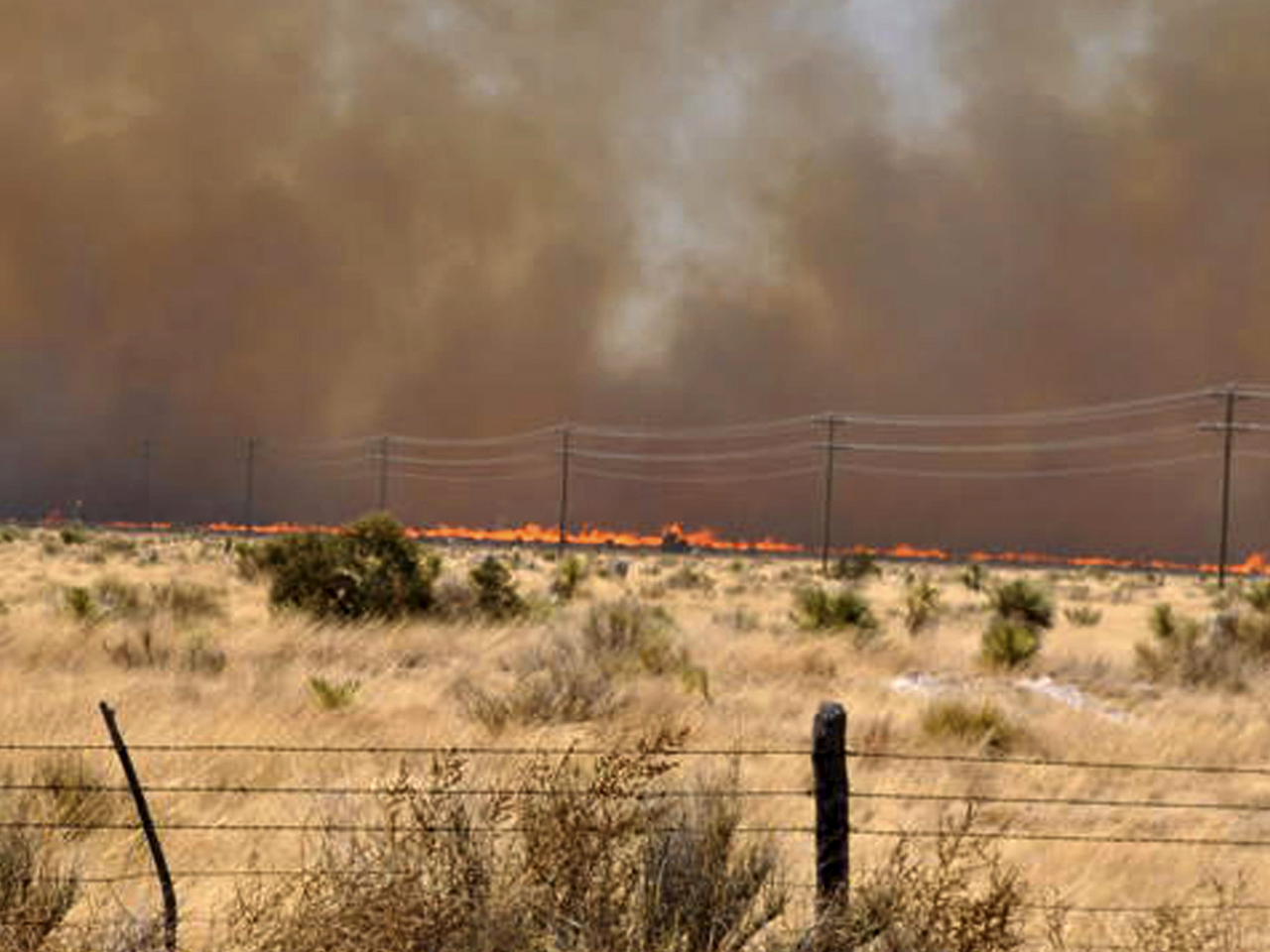 An overnight thunderstorm gave crews the break they needed to begin containing a wildfire that has scorched about 110 square miles of rolling prairies in northern Texas, while firefighters redoubled their efforts to battle blazes that destroyed dozens of homes in the west of the state, an official said Monday.

The storm brought cooler temperatures and some rain to parts of the drought-stricken state, giving fire crews added time to dig trenches and burn brush to choke off the blaze ignited accidentally Wednesday by a welder's torch near Swenson, 175 miles west of Fort Worth, Texas Forest Service spokesman Alan Craft said. He said the fire was 50 percent contained as of Monday morning.

That blaze was among the largest wildfires burning throughout the parched state that have scorched some 400 square miles in the past week.

Firefighters were also battling a blaze that destroyed 40 homes in the West Texas town of Fort Davis over the weekend before racing northward and eastward. Craft said that fire, which had burned about 94 square miles of Jeff Davis County by Sunday, wasn't threatening any other homes as of Monday morning.

Residents described the terror of watching the advance of the fast-moving wall of flame.

"It was unbelievable, just horrific. There were horses on fire, buildings on fire, houses on fire," said Bob Dillard, a former Jeff Davis county judge and editor of the weekly Jeff Davis County Mountain Dispatch.

"It's very personal and it's quite surreal," said Daggett, whose business had not been burned as of Sunday afternoon. "And you look around and you just keep thinking, `Well, you can't control the fire, so what are the possibilities it comes back at you?"'

The northern Texas fire hadn't destroyed any homes because it was in a rural area of rolling plains, Craft said.

A huge swath of middle-America, stretching from the Louisiana Gulf to Colorado, is experiencing drought conditions, and those conditions are worsening, according to the U.S. Drought Monitor, a group that tracks such conditions. As of the group's April 5 update, 60 percent of Texas — including all of West Texas and much of central Texas — was listed as in extreme drought, up from 43 percent a week before.

The Federal Emergency Management Agency was expected to respond to some of the state's massive fires, assisting volunteer and other fire departments from across Texas and two dozen other states, Craft said.

Sunday's hot, windy conditions and low humidity, combined with withered shrubs and grasses caused by the drought, made for dangerous conditions, Craft said. Air tankers usually used to douse such massive fires could not be flown Sunday because of wind gusts of 40 to 50 mph, Craft said.

Some small fires were reported Sunday in East Texas, including a 129-acre Angelina County fire that was contained.