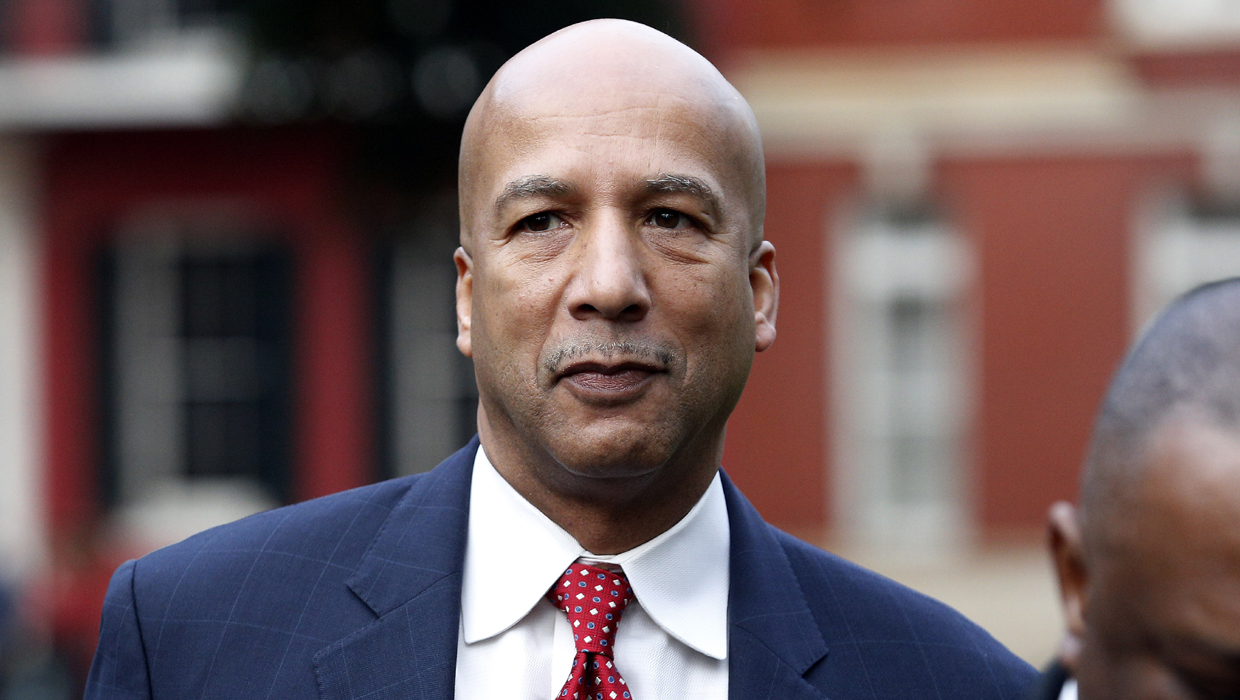 NEW ORLEANS - Jury selection began Monday in the trial of former New Orleans Mayor Ray Nagin, who faces charges that he accepted bribes and free trips among other things from contractors in exchange for helping them secure millions of dollars in city work.

Nagin, a Democrat who was mayor when Hurricane Katrina stuck in 2005, served two terms before leaving office in 2010. He was living in a Dallas suburb when a federal grand jury indicted him a year ago.

Nagin had little to say as he entered the federal courthouse with a noticeable limp.

The charges are the product of a City Hall corruption investigation that already has resulted in several convictions or guilty pleas by former Nagin associates.

Nagin's 21-count indictment accuses him of accepting more than $160,000 in bribes and truckloads of free granite for his family business in exchange for promoting the interests of local businessman Frank Fradella. Nagin also was charged with accepting at least $60,000 in payoffs from another businessman, Rodney Williams, for his help in securing city contracts.

The indictment claims Nagin received free private jet and limousine services to New York from an unidentified businessman who owned a New Orleans movie theater. Nagin allegedly agreed to waive tax penalties the businessman owed to the city on a delinquent tax bill in 2006.

From several city contractors, Nagin is accused of accepting free travel and vacation expenses for trips to Hawaii, Chicago, Las Vegas and Jamaica while in office.

The allegations aren't limited to his tenure as mayor. Prosecutors said Nagin accepted monthly payoffs from Fradella totaling $112,250 after he left office.

Aaron Bennett, a businessman awaiting sentencing in a separate bribery case, told The Times-Picayune he introduced Nagin to Fradella specifically to help the mayor get a Home Depot contract for granite installation work for a business Nagin and his sons founded. Fradella's company received more than $4 million in city contracts for repair work at Louis Armstrong New Orleans International Airport and in the French Quarter after Katrina, the indictment says.

A political novice before he was first elected mayor in 2002, Nagin became a national figure after broken levees flooded most of the city in Katrina's aftermath. Known for his occasionally cringe-inducing rhetoric, Nagin famously declared in 2006 that the slowly repopulating city would be "chocolate" again, playing to black residents' fears that they would get short shrift during the recovery process.

After voters elected him to a second term, his popularity was steadily eroded by the city's slow recovery and a mounting federal investigation of his administration.

Greg Meffert, a former technology official and deputy mayor under Nagin, pleaded guilty in 2010 to taking bribes and kickbacks in exchange for steering city contracts to businessman Mark St. Pierre. In 2011, St. Pierre was convicted of charges that include conspiracy, bribery and money laundering. Nagin's indictment accuses him of accepting bribes from St. Pierre.

CBS affiliate WWLTV reports that by mid-morning Monday, the court had released 90 potential jurors out of a pool of 150. The remaining 60 jurors will reportedly be asked additional questions.