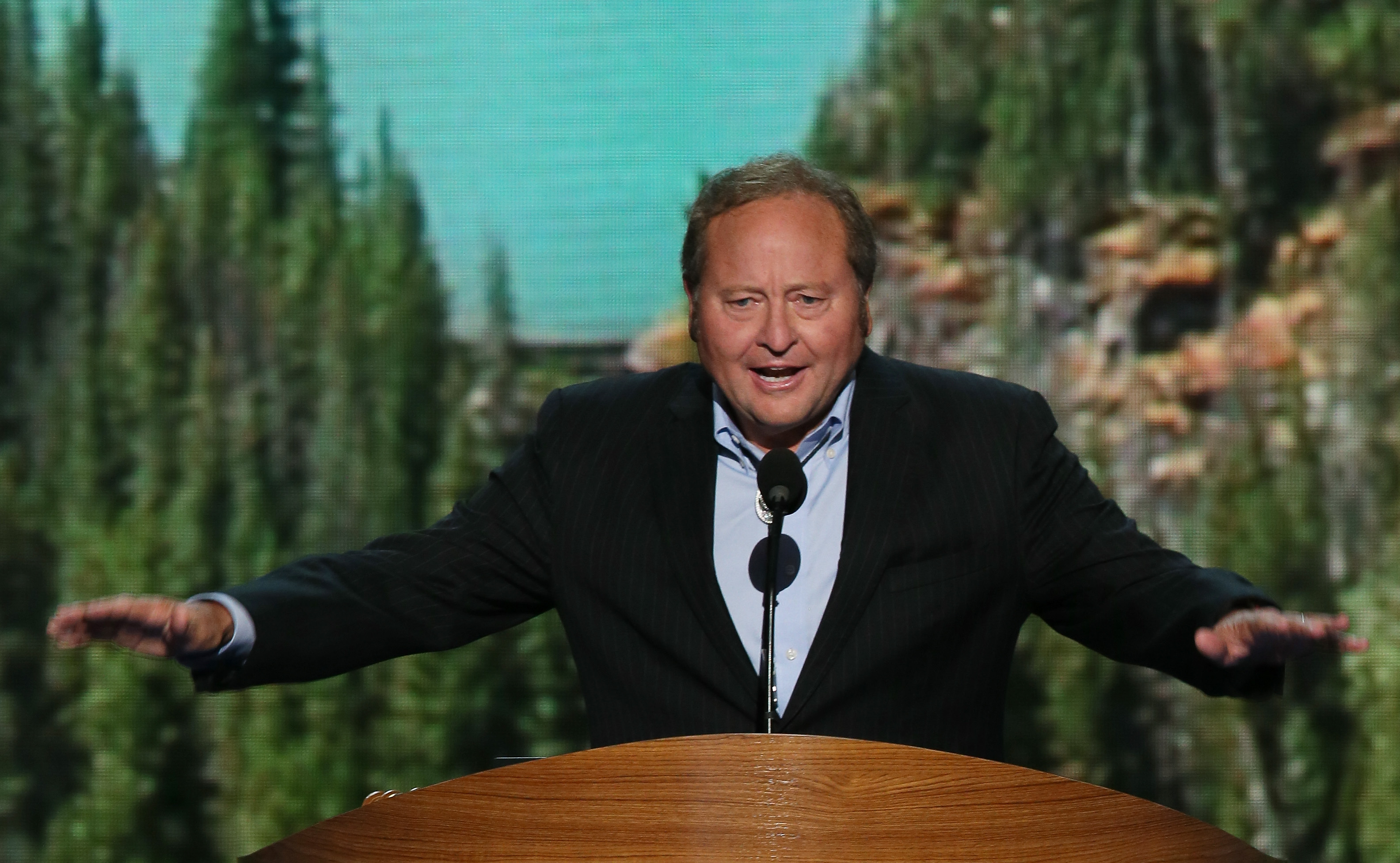 ALTOONA, Iowa -- The calendar may say that it's 2013, but it sounded more like 2007 during former Montana Gov. Brian Schweitzer's speech here in the nation's first voting state Wednesday night.

Echoing a refrain that Barack Obama trumpeted often in Iowa six years ago during his successful campaign against Hillary Clinton -- which launched him to the White House -- Schweitzer chided Senate Democrats who voted for the 2002 resolution authorizing the invasion of Iraq.

As he weighs whether to mount his own presidential bid, Schweitzer’s surprising foreign policy riff appeared to be a thinly veiled shot at Clinton, the 2016 Democratic frontrunner-in-waiting whose Iraq vote dogged her during her failed 2008 presidential bid.

“When we were attacked at 9/11 by 17 Saudis and two Egyptians who called themselves al-Qaeda, who weren’t welcome in Iraq, and George Bush got a bunch of Democrats to vote to go to that war, I was just shaking my head in Montana,” Schweitzer told a small crowd of about 80 people at a fundraising event organized by a left-leaning advocacy group called Progress Iowa.

The bolo-tie-clad former governor suggested that it was important to revisit the Iraq issue in light of current U.S. tensions with Iran and other nations. During his remarks, he continued to evoke the 2002 Senate vote without mentioning Clinton by name.

That comment garnered one of Schweitzer’s few applause lines in his unscripted address, which otherwise focused on homespun anecdotes about his life and public service in Montana, including his efforts to enact education and prison reform.

“No more war for oil,” Schweitzer said at the conclusion of his speech before auctioning off his trademarked tie, belt buckle and a children’s book about his dog (proceeds benefited Progress Iowa). “Thank you very much.”

After his speech, Schweitzer noshed on cheese cubes and pork loin in the back of the small ballroom where he told RealClearPolitics that he did not think Clinton’s vote disqualified her from being the 2016 nominee. But he made clear that he was encouraging Democratic caucus-goers to consider it when they make their decisions two years from now, in the event that Clinton runs.

“I think 21 Democratic senators got it exactly right and voted against it,” Schweitzer, his tie unloosened, said of the war resolution.

Now a private citizen, Schweitzer made the rounds in Iowa without a single aide accompanying him on the trip. He chatted with the Democratic activists and officials on hand before his remarks and was the very last attendee to leave almost three hours after he arrived.

Schweitzer, who spent seven years after college working as a soil scientist in Libya and Saudi Arabia, played it a bit coy when asked by a reporter from the Associated Press whether he is the leader the country needed to avoid future foreign policy blunders.

“At least I’m the leader that understands the Middle East and what energy independence means,” he said.