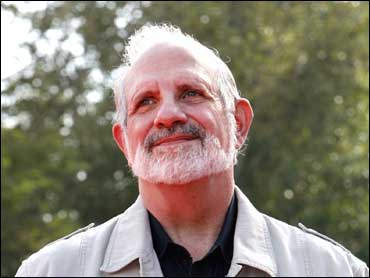 Director Brian De Palma presented his new film "Redacted," a harrowing depiction of the horrors of the Iraq War, at the Venice Film Festival on Friday.

The director of "Carrie," "Scarface" and "Casualties of War" began the project after reading about a March 2006 incident in Mahmudiya, south of Baghdad, when a group of U.S. troops in the 101st Airborne Division raped a 14-year-old girl before setting her body alight and shooting dead her parents and 5-year-old sister.

Other events retold in the film include the fatal shooting of a pregnant Iraqi woman at a military checkpoint as her brother drives her to hospital.

The film ends with a montage of real-life photographs of Iraqi war victims, including maimed and dead women and children; the final picture is an image of the real-life 14-year-old rape victim.

De Palma said he hoped seeing such images would alert Americans to the truth of what is going on in Iraq.

"Why doesn't American learn from its past mistakes?" he said at the festival. "Boy, that's a good question, because the architects of this war were right there on the ground during Vietnam; of course they didn't serve, but they've observed, and they kind of feel that maybe we should have stayed in Vietnam, we would have won that war.

"I don't know, it's just one of those questions - you just sort of shake your head: 'Are we doomed to repeat history over and over again?'

"It seems quite obvious to me, we shouldn't be there."

The film's title refers to the process of editing out material for legal or other reasons.

Legal constraints meant some material in the film was itself redacted - the faces of the victims in the closing photographs are partially blanked out.

De Palma believes it's these harrowing pictures that hold the key to stopping the war:

"I remember picking up Life magazine and seeing pictures that would horrify me about the Vietnam War. We don't have those pictures in America [today], I don't even know if you have them in Europe, but we certainly don't have them.

De Palma cast relatively unknown actors as the Army recruits and filmed on location in Jordan.

The two soldiers who carry out the rape do so after a night drinking whisky and playing cards, just as their real-life counterparts did.

They embark on their rape-and-murder spree to take revenge after a colleague is blown up by a roadside bomb.

Two of the U.S. soldiers involved in the Maymudiya attack have been jailed for a total of 190 years.

The alleged ringleader, Steven Green, was honorably discharged from the Army due to a personality disorder and is awaiting trial as a civilian. Prosecutors are seeking the death penalty if he is convicted.