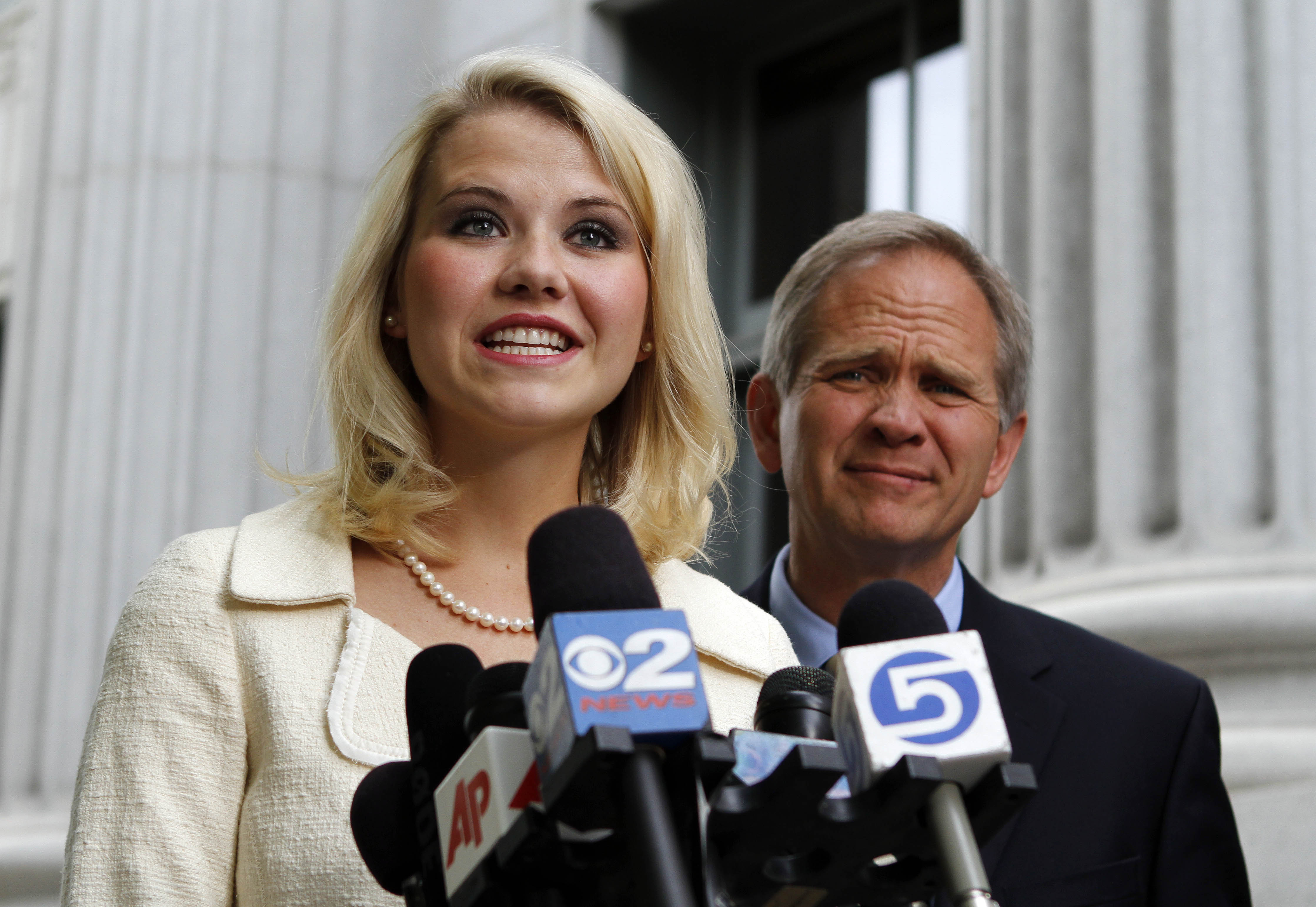 (CBS/KUTV/AP) SALT LAKE CITY - Brian David Mitchell has been sentenced to life in federal prison for kidnapping Elizabeth Smart at knifepoint, raping her and holding her captive. Smart, now 23, got to speak directly to her captor in court for the first time.

"I know that you know what you did is wrong," Smart said to
Mitchell, who sang quietly in the courtroom. "You took away nine  months of my life that can never be returned."

Smart told her kidnapper that she will have a good life despite what he did to her.

"You will never affect me again," she said with composure.

In total, Smart spoke for less than a minute with Mitchell in court.

Smart testified at Mitchell's trial, but never addressed him directly then because he was routinely removed for disrupting the proceedings by singing.

Mitchell's sentencing closes a major legal chapter in the heartbreaking ordeal that stalled for years after Mitchell was declared mentally ill and unfit to stand trial in state court.

Mitchell, 57, was convicted of federal kidnapping and unlawful transportation charges in December. He kidnapped the then 14-year-old Smart from her home in 2002.

Smart said her goal in speaking at the sentencing was to speak for other victims, reports CBS affiliate KUTV.