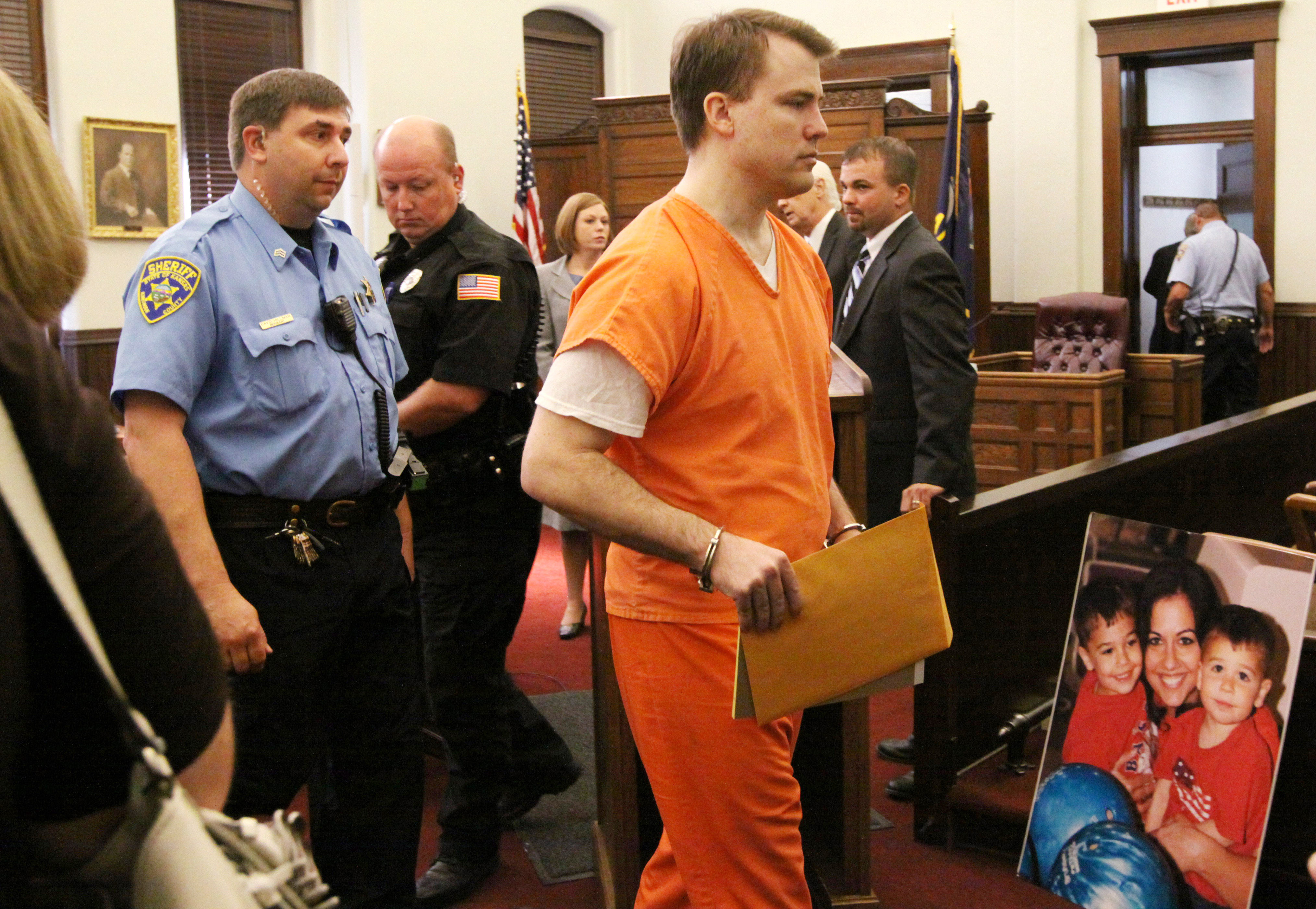 (CBS/AP) KINGMAN, Kan. - Brett Seacat, a former Kansas police instructor, was sentenced Monday to life in prison for the April 2011 shooting death of his wife.

Minutes before Seacat was sentenced, he delivered a courtroom rant accusing the judge of helping to convict him by hiding evidence that proves his innocence.

Accusations of family abuse, multiple suicide attempts, and life insurance payouts -- all kept out of the murder trial -- got an airing at the sentencing in the high-profile case.

Seacat was convicted in June of shooting 34-year-old Vashti Seacat days after she filed for divorce, then setting fire to their house to cover evidence. Investigators found her charred body in the Kingman home where the couple lived with their two sons, ages 2 and 4. Seacat, a former instructor at the Kansas Law Enforcement Training Center in Reno County and former Sedgwick County deputy, escaped with the boys.

Prosecutors at his trial portrayed Seacat as a manipulative man who used his law enforcement background to make it look like his wife shot herself. The defense argued it was suicide, noting even an experienced coroner couldn't decide whether the death was suicide or homicide.

At his sentencing, the 37-year-old Kingman man accused Kingman County District Judge Larry Solomon of seeking publicity and assuring his wife's family even before the hearing that he would receive a harsh sentence.

"This is the kind of sentence you believe you will need for a Kansas Supreme Court nomination," Seacat told the judge.

Solomon imposed a sentence of life in prison with no chance of parole for 25 years for premeditated, first-degree murder. He also gave Seacat a total of more than six years in prison for one count of aggravated arson and two counts of child endangerment. Since the four counts will run consecutively, Seacat will not be eligible for parole for more than 31 years.

"You are going to hell for what you have done in this case," Seacat told the judge.

Seacat vowed that the evidence the court suppressed will one day be presented and "I will be free."

When the defendant had finished, the judge calmly told the courtroom some of the comments were so bizarre they don't deserve a response. But he said it affirmed to him that the jury made the right decision.

Solomon said Vashti Seacat was not depressed or suicidal but was looking forward to a future with her two sons after the divorce was finalized. He said her family "hit it on the head" in their victim impact statements when they described Seacat as being controlling, self-centered and narcissistic.

"Your statement this morning confirms to me you live in some sort of bizarre alternate reality," Solomon told him.

"I don't intend to show any mercy; you didn't show Vashti any mercy," Solomon said.

Earlier in the hearing, Vashti Seacat's family recounted her fears about what her husband was capable of doing, the concerns for their own safety and the emotional havoc on the lives of the couple's two young children.

Rich Forrest, Vashti Seacat's brother, told the court that Brett Seacatt destroyed his children's innocence and deprived them of knowing both their parents growing up.

"When the children are older," he said, "What exactly are we supposed to tell them when they ask about their daddy?"