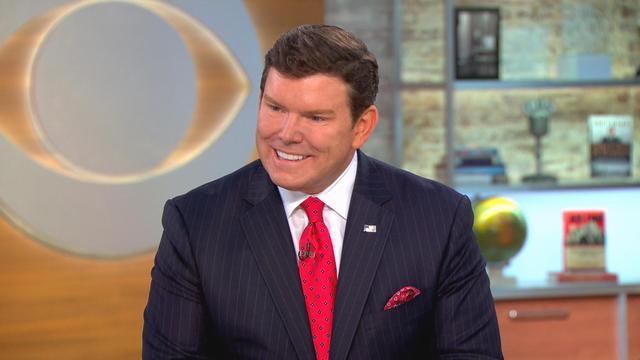 During that visit, President Reagan spoke to students at Moscow State University. He was optimistic about the possibility of freedom and democracy in Russia.

"In this Moscow spring, this May 1988, we may be allowed that hope, that freedom, like the fresh green sapling planted over Tolstoy's grave, will blossom forth at last in the rich, fertile soil of your people and culture," Reagan said.

In his new book, "Three Days in Moscow: Ronald Reagan and the Fall of the Soviet Empire," Baier calls that speech a dramatic and significant event at the end of Reagan's presidency.

"He was speaking in the heart of communism in Moscow to students, young people, about the West and saying why the West is the way that they should turn. It was a moment at the end of these four summits between Mikhail Gorbachev and Reagan at which he was trying to reach out saying what the Soviet Union could be. And it was overlooked really at the time….Looking back now, that was a big moment," Baier told "CBS This Morning."

The two leaders, despite differences and tense moments, developed a friendship and trusted one another. It was that relationship, Baier said, along with a deep-set belief about the perils of communism that helped Reagan in his summits with Gorbachev.

"What Secretary of State George Shultz said was so amazing about Reagan is that it was his inherent belief that communism was never going to work -- that that enabled him to get into these meetings and summits and believe he had the upper hand even if in negotiating he may not have," Baier said.

In the last chapter, Baier addresses the "threats that we face now," referring to President Trump's meeting with Kim Jong Un next month.

"Obviously, I didn't know that there was going to be a summit in Singapore. There might be some lessons to be learned for summits to come."

To hear what Shultz told Baier about Reagan's three negotiating principles, watch the above video.