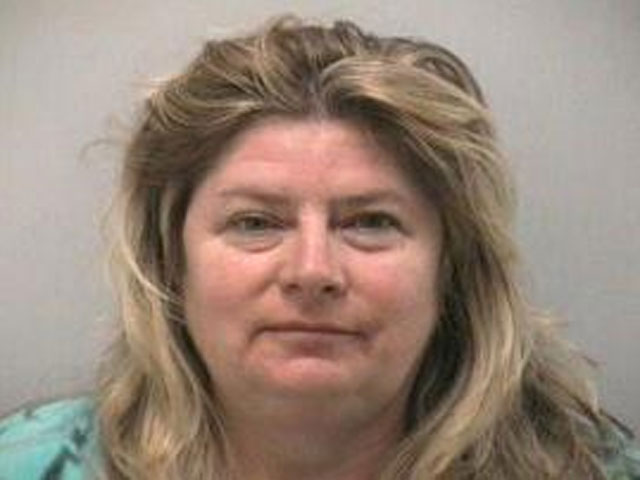 Why should the police be the only ones to hear her story?

On Jan. 29, Maureen Raymond was observed speeding and crossing over the double yellow road lines twice in her Camry, according to an arrest affidavit provided to CBS Tampa by the Martin County Sheriff's Office.

After being stopped, Raymond reportedly tried to exit the vehicle repeatedly, despite requests from police to stay in the car.

When one officer told her that they wished to perform a DUI roadside test, she replied by asking if the officer was aware of her large chest.

Raymond failed a series of tests, including the walk and turn, the one leg stand, and the finger-to-nose tests.

After arresting Raymond, based on observed behavior, slurred speech, glassy eyes and other indicators of inebriation, she was taken to the Martin County Jail. There, she was asked to submit to a breastalyzer test...er, breathalyzer.

"When the instrument was ready, I notified her of this and she stated that she was going to pray," the affidavit states. "I told her if she would like to provide a valid breath sample, she needed to provide one now. She told me she was praying and that I need to relax because she is praying and God is first."

Raymond was charged with driving under the influence, and held on a $750 bond. She is due in court on Feb. 16.

Assuming she can see the road in front of her.