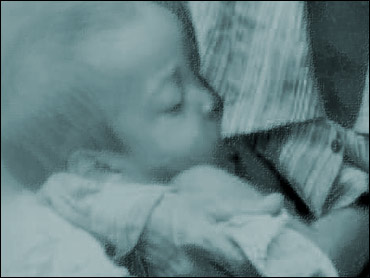 A compound in breast milk has been found to destroy many skin warts, raising hopes it might also prove effective against cervical cancer and other lethal diseases caused by the same virus.

The human papilloma virus causes skin warts, which is extremely widespread. Swedish researchers found that when the breast-milk compound - since named HAMLET - is applied to the skin, it kills virally infected cells in warts resistant to conventional treatments.

"This may have relevance for the treatment of cervical cancer," because virally infected and cancer cells are similar, said lead researcher Dr. Catharina Svanborg, professor of clinical immunology at Lund University in Lund, Sweden.

The researchers hope to start small-scale testing of the compound soon on women with cervical cancer.

There are 130 known types of the human papilloma virus. Two sexually transmitted types cause nearly all cases of cervical cancer. Other types cause skin and genital warts, squamous cell skin cancer and lesions in the throat that are deadly in rare cases.

Many people carry the virus in skin cells, but it does not always cause disease.

Doctors knew breast milk contained a natural antibiotic. But its potential against viruses and tumors was discovered by accident.

To the researchers' surprise, the cancer cells as well as the bacteria inside them were killed. That was because the milk protein had changed its configuration, bound to another milk component called oleic acid, and created the more powerful HAMLET compound.

The research team then tested the compound against warts on patients' hands and painful ones on their feet, called plantar warts. The warts shrank by at least 75 percent over the first three weeks the compound was applied to the skin. And at least three-quarters of the warts disappeared after a second treatment.

The researchers dubbed the compound HAMLET, an acronym for human alpha-lactalbumin made lethal to tumor cells, partly because of their proximity to the scene of the Shakespeare play, which took place in Denmark.

The research was reported in Thursday's New England Journal of Medicine.

"Any agent that can be topically applied and absorbs well into cancerous or precancerous cells has great potential," said Dr. Frank Murphy, chief of dermatology at Robert Wood Johnson Medical School in New Brunswick, N.J.

Dr. Karl Beutner, associate clinical professor of dermatology at University of California-San Francisco, said a drug that destroys skin warts also should work against papilloma lesions in the throat, but not necessarily against cervical cancer.

Svanborg said if HAMLET proves useful against serious diseases, the compound would probably be synthesized in the lab instead of being extracted from breast milk.