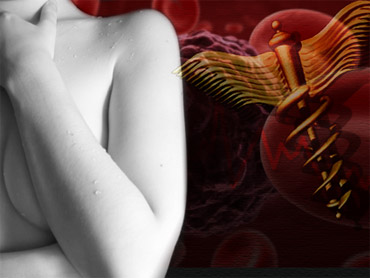 WASHINGTON - Federal health officials said Wednesday they are investigating a possible link between breast implants and a very rare form of cancer, raising new questions about the safety of devices which have been scrutinized for decades.

The cancer, known as anaplastic large cell lymphoma, attacks lymph nodes and skin and has been reported in the scar tissue which grows around an implant. The Food and Drug Administration is asking doctors to report all cases of the cancer so the agency can better understand the association.

The agency is aware of just 60 cases of the disease worldwide among the estimated 5 million to 10 million women with breast implants. The agency reviewed the scientific literature going back to 1997 along with information provided by international governments and manufacturers.

Most of the cases were reported after patients sought medical care for pain, lumps, swelling and other problems around the surgical site.

Because the disease is so rare, FDA researchers suggested the issue may never be completely resolved.

"A definitive study would need to collect data on hundreds of thousands of women for more than 10 years. Even then, causality may not be conclusively established," the agency said.

Still, the FDA said it is working with the American Society of Plastic Surgeons to register patients with the cancer and track them over time.

Breast implants come in both saline and silicone-gel filled formulations and are marketed in the U.S. by Allergan Inc. and Johnson & Johnson's Mentor Corp. Those companies will be required to update the labeling for their products to reflect the cancer cases.

"Women should monitor their breast implants and contact their doctor if they notice any changes," the agency said in a statement.

A handful of researchers have published papers on instances of anaplastic large cell lymphoma in breast implant patients. In the last three years, medical reviews of those studies have raised new questions about the link and prompted FDA's review.

The lymphoma is an aggressive form of cancer, and patients' survival varies widely between different varieties of the disease. Chemotherapy is usually the first line of treatment and patients who have complete remission have gone on to live long, healthy lives. Patients who relapse are usually treated with a bone marrow transplant and have a much lower rate of survival.

"At this point, we do not expect breast implants to be removed from the market, but sales growth could be negatively impacted by the media coverage," Biegelsen said in a note to investors.

The FDA pulled silicone breast implants off the market in 1992, saying manufacturers had not provided medical data showing their safety and effectiveness. At the time, there were worries about a connection to a variety of diseases, including cancer and lupus. Alarming cases of ruptures added to the concern.

But in 2006 the agency returned the implants to the market after most studies failed to find a link between silicone breast implants and disease.

The approval came with conditions, including a requirement that the companies complete 10-year studies on women who have already received the implants to study leaks, as well conduct new decade-long studies of the safety of the devices in 40,000 women.