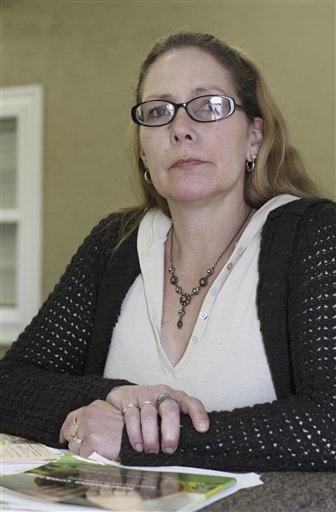 Most pediatricians recommend mothers feed their babies only breast milk for the first six months, but a new survey by the Centers for Disease Control finds most mothers are not taking their doctors' advice, says Early Show medical correspondent Dr. Emily Senay.

New breastfeeding data gathered as part of CDC's 2003 national immunization survey, which surveyed mothers in 50 states, found that the number of mothers who exclusively breastfeed their babies for at least six months is low - 14.2 percent. Only Oregon had an exclusive breastfeeding rate of over 25 percent at six months.

In six states, Hawaii, Idaho, Oregon, Utah, Vermont and Washington, 75 percent of new mothers are at least trying to breastfeed; half are breastfeeding in part for six months; and 25 percent for 12 months.

Mothers are not following the recommendations for several reasons.

According to Dr. Larry Grummer-Strawn, CDC maternal & child health expert, we set up many barriers for woman. Returning to work is really hard for woman. Many worksites are not conducive to breastfeeding.

Also, hospitals separate mother and baby. They may initiate breastfeeding but they often supplement with formula instead of taking the baby back to the mother to feed.

As a society we don't support woman who breastfeed in public; we look at them as if they are doing something weird.

Lastly, there is a mistrust of breastfeeding on the mother's part. But it is important to know that it is rare that mothers don't produce enough milk to support their baby. Supplementing with other food sources sets up a vicious cycle. Later, when the mother goes to feed the child, the baby may not be hungry. Consequently, the mother produces less milk.

Some mothers might smoke, take a prescription medication, have silicone implants or be a carrier of a disease like hepatitis C. The CDC recommends that woman who smoke quit. However, they also say, "breast milk remains the ideal food for a baby even if the mother smokes". They also say silicone breasts are fine and a mother can still nurse if she has hepatitis c. The best course of action is to ask your doctor about the risks posed to your baby if a nursing mother is concerned about her health.

The American Academy Of Pediatrics considers breastfeeding to be "the ideal method of feeding and nurturing infants" and suggest that parents ask their pediatrician about signs that indicate their baby is ready to begin eating solid foods. It recommends that babies be fed nothing but breast milk for the first six months of life, and says water, juice, and other foods are generally unnecessary in the first 6 months of life.

It also recommends that breastfeeding continue for at least 12 months, and thereafter for as long as mother and baby desire. The World Health Organization recommends continued breastfeeding up to 2 years of age or beyond.

According to Healthy People 2010, a federal initiative that establishes national health objectives, "Breast milk is widely acknowledged to be the most complete form of nutrition for infants, with a range of benefits for infants' health, growth, immunity, and development. The benefits of breastfeeding include decreased new cases or severity of diarrhea, respiratory infections and ear infections, among others, and reduced cost to the family. In addition, breastfeeding has been shown to improve maternal health, with demonstrated effects, including reduction in postpartum bleeding, earlier return to pre-pregnancy weight, reduced risk of premenopausal breast cancer, and reduced risk of osteoporosis, continuing long after the postpartum period."