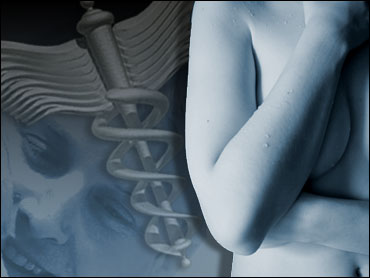 Women may feel less pain and have an easier recovery from breast cancer surgery if they have a hypnosis session first, a new study shows.

The study included 200 women who were due to get breast cancer surgery at New York's Mount Sinai Medical Center.

Specifically, the women were scheduled to get surgery for a breast biopsy or a lumpectomy (surgery to remove a breast tumor while saving as much of the breast as possible).

The researchers randomly split the women into two groups. One group of women got a 15-minute hypnosis session within an hour of their surgery. The hypnosis session, conducted by psychologists trained to use hypnosis in a medical setting, included guided relaxation, pleasant visual imagery, and soothing techniques.

For comparison, the other group of women spent 15 minutes within an hour of their surgery talking with a psychologist who was supportive but didn't use hypnosis, imagery, or relaxation.

The researchers, who included Guy Montgomery, Ph.D., of Mount Sinai School of Medicine's oncological sciences department, tracked the women during and after their surgery. The women in the hypnosis group required less anesthesia medication than women who didn't get hypnosis.

After surgery, the women in the hypnosis group reported less intense pain and less nausea, fatigue, discomfort and emotional upset than those who hadn't gotten hypnosis.

"Overall, the present data support the use of hypnosis with breast cancer surgery patients," report Montgomery and colleagues.

Of course, that's in addition to the use of anesthesia and painkillers.

The operations typically cost the hospital $8,561 per patient, but the cost dropped by about $772 for the hypnotized patients, mainly due to shorter surgeries, note the researchers.

The study adds to other research that demonstrate that hypnosis "substantially reduces pain and anxiety during surgical procedures while decreasing medication use, procedure time, and cost," says an editorial published with the study.

"If a drug were to do that, everyone would be using it by now," writes editorialist David Spiegel, M.D., of the psychiatry and behavioral sciences department at Stanford University's medical school.