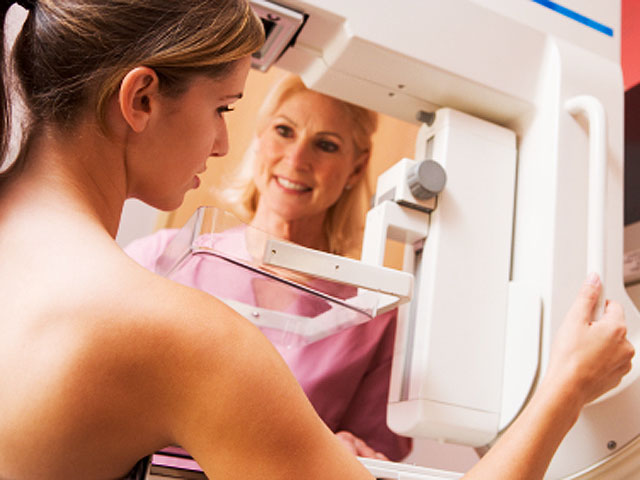 (CBS) Is breast cancer screening a bust for women in their forties?

New guidelines from a Canadian task force call for an end to routine mammography screening for women between the ages of 40 and 49. The task force says the small risk for breast cancer among these women is outweighed by the risk for overdiagnosis and overtreatment.

"There was no evidence that screening with mammography reduces the risk of all-cause mortality," the authors concluded in a written statement.

The Canadian Task Force on Preventive Health Care report also said that women between the ages of 50 and 74 should get screening mammograms every two to three years. Screening every other year has been standard practice in Canada.

The guidelines outlined in the report - published in the Canadian Medical Association Journal - also call for an end to breast self-exams and doctor-administered breast exams in the absence of symptoms of breast cancer.

The guidelines were last updated in 2001.

The revised guidelines come in the wake of ongoing debate in the U.S. over similar breast cancer screening guidelines issued by the U.S. Preventive Services Task Force in 2009. Some argue that less-frequent mammography means women will die needlessly of breast cancer, while others say less-frequent screening helps cut back on false-positive diagnoses and the needless anxiety and medical care they lead to.

Recent research has failed to settle the debate, with some studies showing that women in their forties benefit significantly from mammography screening and other studies showing only a trivial benefit, Medpage Today reported.

The National Cancer Institute has more on mammography.