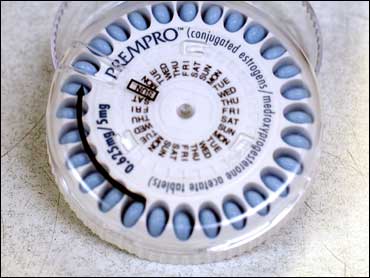 The naysayers were many when a big study in 2002 said menopause hormones raised the risk of breast cancer and caused millions of women taking the pills to stop.

Hormones had been prescribed for decades in the belief that they helped ward off heart problems, dementia and a host of other ills beyond curing hot flashes. Many doctors and women, too, were reluctant to buy the new study's conclusions.

Now there is more evidence that hormones and breast cancer are linked.

A new analysis documents a staggering 7 percent drop in U.S. breast cancer rates in 2003. The report, presented Thursday at the San Antonio Breast Cancer Symposium, does not prove a link between hormone therapy and breast cancer, but strongly suggests it, many experts said.

"When I saw it, I couldn't believe it," statistician Donald Berry of the University of Texas M.D. Anderson Cancer Center in Houston said of the drop.

Cancers take years to form, so going off hormones would not instantly prevent new tumors. But tumors that had been developing might stop growing, shrink or disappear so they were no longer detected by mammograms, doctors theorized.

Cases dropped most among women 50 and older — the age group taking hormones. The decline was biggest for tumors whose growth is fueled by estrogen — the type most affected by hormone use.

The drop was seen in every single cancer registry that reports information to the federal government, and no big change occurred with any other major type of cancer. These are strong signs that the breast cancer decline is no statistical fluke or error.

"It's very difficult to wrap your arms around this subject of the various pros and cons of hormone replacement therapy," adds CBS News medical correspondent Dr. Jon LaPook.

About 200,000 cases of breast cancer had been expected in 2003; the drop means that about 14,000 fewer women actually were diagnosed with the disease.

"It's a big deal ... amazing, really," said another of the researchers, Dr. Rowan Chlebowski of Harbor-UCLA Medical Center in Los Angeles. "It's better than a cure" because these are cases that never occurred, he said.

About 200,000 cases of breast cancer had been expected that year; the drop means that about 14,000 fewer women actually were diagnosed with the disease.

A separate study by the American Cancer Society, currently in press with a medical journal, also documents the drop. Lead author Ahmedin Jemal attributes two-thirds of it to a decline in hormone use and the rest to mammography use leveling off, resulting in fewer tumors being detected.

"We are really trying to look at the big picture," he said. "You cannot rule out the effect of screening."

Breast cancer is the most common major cancer in American women and the second leading cause of cancer deaths in women. About 213,000 new cases are expected to occur in the United States this year and more than 1 million worldwide.

Incidence in the United States rose almost 2 percent per year from 1990 to 1998, then began to slightly decrease, said Dr. Peter Ravdin, the M.D. Anderson doctor who led the new analysis and presented results at the Texas cancer meeting.

That led to new warning labels on the drugs and doctor groups urging women to use the lowest dose for the shortest time possible for hot flashes and other menopause symptoms.

Within a year, about half of women who had been taking hormones stopped. Prescriptions had been steady at around 22 million each quarter, but plummeted to 12.7 million in the last quarter of 2003, according to IMS Health, which tracks drug sales.

Researchers saw an even stronger trend when they looked month-to-month. Cases dropped 6 percent in the first half of 2003 and 9 percent in the second half.

Estrogen-sensitive tumors declined twice as much as tumors that are not fueled by estrogen. The decline in incidence among women ages 50-69 was three times that of other age groups.

The numbers come from the National Cancer Institute's surveillance database, which uses cancer registries around the country to project national incidence and death rates.

When the 2003 numbers were first released a few months ago, they were grouped with 2001 and 2002 and portrayed as a leveling off of breast cancer after decades of steady rise. The big single-year drop was not pointed out.

"You don't want to overinterpret one point" without knowing whether it is a trend, said Kathy Cronin, a National Cancer Institute statistician who worked on the new analysis.

"The major health organizations have been cautious because of not wanting to call attention to something of this much interest to everyone prematurely," said Dr. Michael Thun of the cancer society.

"It doesn't have to be a trend to be real," he said. "Such a rapid effect is most consistent with the idea that cancers that were already there ... were actually being stopped in their growth to the point where they would not be detected."

It is not known whether these tumors will regress and never become a problem or just take longer to show up, he said.

However, doctors already know that withdrawing hormones causes tumors to shrink. If a woman with estrogen-sensitive breast cancer has her ovaries removed, "her tumor will stop growing immediately," Ravdin said.

Dr. JoAnn Manson, a women's health expert at Harvard-affiliated Brigham and Women's Hospital in Boston who has a new book out on hormones and menopause, thinks the big drop in breast cancer cases could be due to hormones, "especially a reduction in long duration of use."

"It's also possible that a trend toward lower doses of hormones has played a role," she said.

She and other doctors are continuing to study women in the big federal study who had been on hormones and then quit.

Federal statistics for 2004 are expected in April. Information from one large registry, California's, published recently in the Journal of Clinical Oncology, hints that the trend is continuing.

Wyeth Pharmaceuticals, which makes the hormone pills Prempro and Premarin, may not be much affected by the new data, said Deutsche Bank analyst Barbara Ryan. Most women are already aware of the drugs' risks and those that choose to use them do so only for a short time, she said.

"I wouldn't expect a big impact." 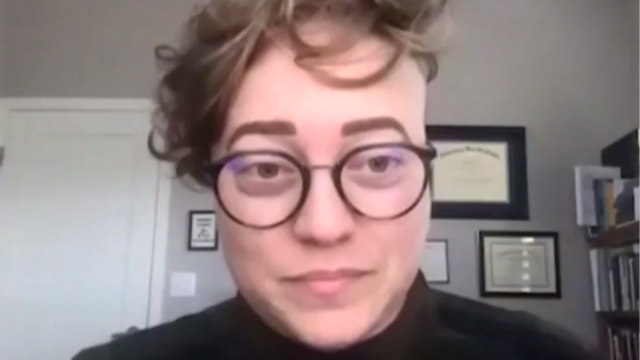 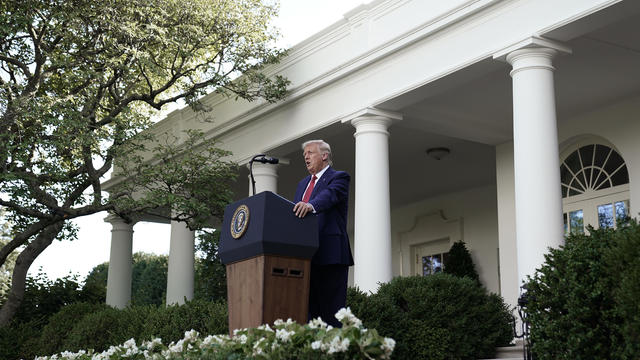