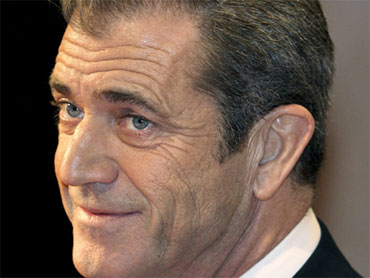 The year coming to an end was loaded with memorable moments involving celebrities, some good, many not-so-good, but all memorable nonetheless, as PopGoesTheWeek.com Editor Brian Balthazar observed in running them down on "The Early Show" Monday:

Well, I mean, this one's as close to official as you can get without a formal announcement. They've turned up in unlikely places together. They were seen at "Saturday Night Live" one night, and then the next morning they were spotted in Brooklyn having breakfast together. Then they were seen around Thanksgiving in Taylor's hometown. They're as close as can be wile still being discreet. They're nine years apart in age, but they're both well-liked, and it's one of those couples people think is sweet - but it remains to be seen how this ends up. When she breaks up with guys, she usually writes a song about it, and we hear about the relationship in song. So, we'll have to wait and see if she writes about him!

Spaghetti on the Grill -- Without the Mess

Interestingly enough, Russell hit on Katy at an awards show and she bought into it! She decided she did want to go out with this guy. She's actually kind of conservative and a real family girl, and I wouldn't be surprised if little ones are on the horizon. In terms of their relationship, she's really tamed him. They're such a loving couple. You can see that they're really devoted and just awestruck.

The interesting thing about Shania is that she was married and her husband allegedly fooled around with her manager, so she has kept a low profile since then. But she is still a superstar and so, for her to recover and announce this engagement is great. And her fans are strong supporters. It's just nice to see someone like this land on her feet.

It's nice to see celebrity couples endure. Obviously, Michael Douglas is going through a long and hard journey right now. Seal and Heidi Klum made a music video together and it's a very beautiful tribute to one another. They're truly in love. Both couples are genuinely and truly in love. They aren't showy. but they aren't shy.

I think they have been together for a while and I think everyone was really shocked to see they were separating. And that fact was only made worse when he went on Howard Stern and said way too much about their relationship. This one's not definitely, over but it doesn't look good. People are disappointed because they've been around for awhile.

You know the year started out so great for Sandra and we all remember her Oscar and her looking adoringly at him -- and from that moment, it got worse. But she has been such a class act about it, she ended up being People Magazine's Woman of the Year! She has more fans now because she took the high road. As for Jesse James -- people couldn't care less.

It's interesting: Camille Grammer, people know as a "Real Housewife," and she has been claiming for years that she put him first, but her behavior on show indicates otherwise. You can see it in her behavior, and all of the nannies. So, I'm not surprised that this relationship has crumbled. And the one who comes out shining is Kelsey, since he's landed on his feet. But he does seem to trade younger every time.

These were two funny, good-looking people. It's fun to see funny people merge. Everyone was disappointed it ended, but they both took a diplomatic, high-road approach to their breakup. But it's sad to see that happen. They seemed fun to be around.

The interesting thing about Anne is that she's so charming, but she has said herself she doesn't consider herself to be classically beautiful -- but the way she dresses is. And that has been a great service to her on red carpets. It's hard to find a picture in which she doesn't look beautiful.

We've seen her grow up, and we all remember her having that unkempt hair in the early "Harry Potter" films, and she has grown into a young woman before our eyes. She enjoys playing with fashion. She made the bold move of cutting hair short, and she is totally pulling it off. She has great style for a young woman.

She looked ravishing at the Oscars! It's funny how these three are all class acts, not only in dress, but in behavior. Helen has long-storied career. She's a classic woman with a classic style of dress. She's not making a crazy statement, and then she goes out there and looks gorgeous. She just looks fantastic. I can't say enough good things about her.

A lot of musical artists and stars will do something crazy to make a statement on the red carpet. With people like Lady Gaga, it works. With Ke$ha, it's always a train wreck. I enjoy her music, but the red carpet statement is wrong.

I enjoy her immensely, but when she went to the "You Again" premiere -- this should never have happened. That's all you can say about it. Historically, she has not put the best outfits together. I love her as a person and as an actress, but that is a fashion loser right there.

Ugh. What can we say about Courtney Love? Unfortunately, she wears a mess all over her body. She just can't seem to get it together. I don't know if you've heard about this, but she put together a website this year called "What Courtney Wore Today" to prove she's not a nightmare -- but time after time, she walks onto a red carpet looking like a hot mess.

It's so funny. The idea that you can be 88 and have a comeback is amazing. From the Snickers commercial that aired during the Super Bowl, to "Saturday Night Live," which blew up, how can you not love Betty White?!

Jane Lynch at the beginning of the Glee series was fun and funny, but who would have thought she'd explode to become the most popular character? She got a gig hosting "Saturday Night Live" before rest of the cast, and people tuned in like crazy to see her!

What a year to be Bruno Mars! He had hit after hit after hit. "Just the Way You Are" was a great song and it's huge. He's got an amazing voice, and it's reflected in his following on YouTube and in his record sales.

Her album came out in October and she's had SEVEN hits on the Billboard top 100. I think there are a lot of people who don't know who she is, but if this trend continues, it won't be long before everyone is talking about her. I just think she's got a fun style and she's not flaunting her sexual self like hip hop artists before her. Everyone respects her musicality.

He is the poster child for breakdowns of the year. There's nothing to say -- it's a nightmare for everyone involved. It remains to be seen if he can ever recover from what he did.

I don't think anyone even fully understands what's going on with him. Really -- what's going on?? Until we get to hear from him directly, we'll be wondering. He's become an icon of crazy. Ultimately, it's kind of sad to see something like this happen -- someone who had an amazing career and the respect of peers to see him going off the deep end.

Trouble seems to keep finding her. I'm hopeful that, on Jan. 3, when she's out of rehab, that she can have made the most of her time there and prove us all wrong and show us that she can regain some of her credibility and popularity and seize the day. I think people want to see her succeed. It's all on her now -- so I hope she doesn't blow it!

First of all, lesson one to everyone watching. Don't take pictures of yourself doing ANYTHING. Keep your private pictures to yourself. Don't do it. I don't know how many times we need to find out that athletes aren't role models. Success doesn't make you a role model. I think no one's more red-faced than him, but no one needs to know about this stuff happening. And if you're married, what are you doing, thinking this stuff isn't going to come.