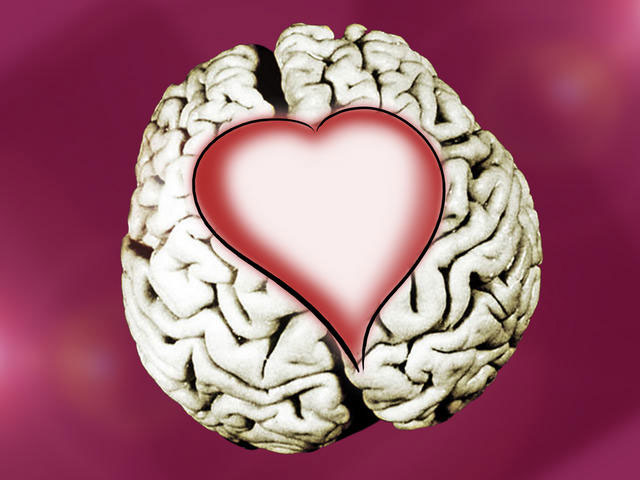 (CBS) Why does breaking up hurt so bad?

Because your open, happy, vulnerable heart has been skewered on a stick and rotated over a flame, of course.

In more scientific terms, researchers at the State University of New York at Stony Brook and Rutgers University discovered that the parts of the brain associated with the pain of romantic rejection are the same ones involved in "reward, motivation, physical pain, and craving and addiction."

According to Time, the scientists hooked up 15 broken-hearted volunteers to functional magnetic resonance imaging (fMRI) scanners and asked them to look at pictures of the object of their spurned affections, and then count backwards by 7's.

Then they had to look at a picture of someone they knew but didn't have feelings for and repeat the exercise.

"We're asking them to think about the person they want to see more than anyone else. And then we're asking them not to feel that feeling," Lucy Brown, professor of neuroscience and neurology at Albert Einstein College of Medicine told Time.

Brown and her fellow researchers say the results explain why otherwise normal people can react so inappropriately when spurned - public crying and pleading, drunken texting and phoning and the like.

Now if they could only invent a pill to make the pain go away.