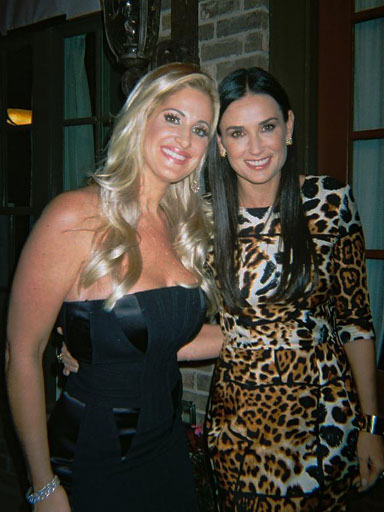 Over the last few years, statistics have shown a significant and startling rise in the number of children diagnosed with autism.

But there has also been what some are calling an unexpected breakthrough in the disorder.

It has happened quietly, with just a handful of children - but it could have profound implications for nearly half a million children in the U.S. alone.

They are kids with autism - kids many presume are mentally retarded, or locked in their own world, unable to communicate or even to think for themselves. That was the prevailing view of autism. Until now.

Correspondent Vicki Mabrey takes a look at the remarkable people who are breaking the silence of autism - a silence that led one couple on a desperate search for a cure. This report originally aired in January.

For Hollywood producer Jon Shestack and his wife, Portia Iversen, their son Dov appeared to be developing normally.

Then, at around 18 months, he lost the few words he had learned to speak, stopped answering to his name and disappeared into the frightening world of autism.

"I felt helpless to help him. And yet, every minute, every day, I saw him getting further and further out of my grasp and there was no expert out there to stop it," says Portia.

Jon and Portia were told their son had the most severe form of autism, and would never speak again. Doctors said there was nothing the couple could do for him except give him constant care and get on with their lives.

Now 10, the only sounds Dov makes are unintelligible. His behavior is filled with uncontrollable movements called "stimming," or self-stimulation.

The parents were told there was no cure. And they discovered there were very few scientists even doing autism research. So they formed a research foundation called Cure Autism Now, or CAN, which is now the largest private supporter of autism research in the country.

Their biggest breakthrough came from a 14-year-old boy their foundation brought over from India - a boy who seemed very much like their own son, but with some dramatic differences.

Tito Mukhopadhyay is challenging every assumption about autism, turning the world of Portia and Jon, and thousands of other parents like them, upside down.

Like Dov, he's severely autistic. He, too, is almost mute and has little control over his body.

But unlike Dov, and thousands of other autistic children, Tito is doing what doctors and researchers once thought impossible: He has learned to write eloquently and independently about what it's like to be trapped in an autistic body.

"I was able to ask Tito things I always wanted to ask my own son, Dov," says Portia. "Why do you flap? Why do you rock? Why can't you look me in the eyes? You know, and Tito could answer all those questions."

What does Tito think is the biggest misperception that people have of autism? "That they don't have any understanding," writes Tito.

Scientists say they've never seen anyone like Tito before. By definition, people with severe autism have trouble with language – a notion that Tito shatters every time he puts pen to paper.

Dr. Mike Merzenich has been studying Tito for more than a year. A neuroscientist at the University of California at San Francisco, he says he believes Tito is not only authentic, but also miraculous.

"There can be little question in the writing and typing behaviors of Tito that he's providing the answers, and that the answers are coming from his brain."

If Tito is a miracle of autism, the miracle worker is his mother Soma, who gave up a career in chemistry to devote her life to teaching her son - even though doctors in India said he would never be able to learn.

"At first, they told us he was mentally retarded because he wasn't doing anything. He wasn't doing what a 3-year-old child should do. He did not respond. He did not do anything," says Soma, who was simply told to keep him busy.

As a young child, she noticed he was staring at calendars, so she started teaching him numbers and letters. When he wouldn't hold a pencil, she used a rubber band to tie one to his finger and taught him to draw lines, and eventually to write.

If her method looks simple, parents of other severely autistic children will tell you that at one time or another, they, too, tried to get their child to type or communicate - with no success.

But Soma's method requires tenacity. For the past 11 years, this tireless taskmaster has spent every waking moment talking and teaching, constantly prodding, to keep Tito stimulated, and his mind on track.

Her determination, and her assumptions about Tito, may have made all the difference. She never doubted that he could learn. So she fed him a healthy diet of knowledge – from Shakespeare to geometry to music.

Tito says that if his mother hadn't pushed him, he would have been a "vegetable." Merzenich agrees.

Though Tito seems to have escaped that fate through his writing, he remains severely autistic. He can't pick up the pad and pencil to write without his mother's constant prodding and urging. But when Tito does write, it is with astonishing insight, especially for a boy just 14 years old.

He's written hundreds of poems, including one that 60 Minutes II watched him write from beginning to end: "I have fancied a little dream and the world is left unseen… with the light of your eyes… through the darkness of the night … I have held that little dream … beyond my world beyond all scenes."

"Tito is a beautiful example of the possible," says Merzenich. "Here we have a boy that largely through the empirical interaction of this boy with his mother, a way has been found into his ability, into his spirit."

Is Tito just one in a million?

"I think there could be thousands, maybe tens of thousands of Titos out there," says Merzenich.

Scientists will soon find out if that's true. For the past year, Soma's been testing her methods on a small group of children at the Carousel School in Los Angeles. Among her students is Jon and Portia's son, Dov.

Like Tito, these 9- and 10-year-olds are severely autistic. Few can speak. Until recently, teachers had no idea if anything was actually getting through.

But in the space of a year, kids who were being taught on a kindergarten level are now being taught math, social studies and science like fourth graders.

"I had honestly never seen anything like this in my life," says teacher Karen Spratt, who admits she was skeptical when Soma first came to the school.

"Soma really did everything that I was told not to do as a teacher. For instance, she talked constantly. In my training, it was that you give basic directions and wait for a response, and not to verbalize too much because it could be distracting."

Instead of being distracting, Soma's "Rapid Prompting Method," as she calls it, seems to keep the children's attention focused long enough for them to communicate. She ignores their erratic movements and wandering eyes, and focuses instead on the mind locked inside.

Soma is sure that her method works. And she offers some astonishing proof. Dov was one of her first students – since it was his parents, Portia and Jon, whose foundation brought Soma to the United States.

His parents were astonished at his progress: From a boy who six weeks earlier couldn't even tie his shoes suddenly came full sentences, complex thoughts and words spelled correctly.

"The best way I could put this is it seemed like I was seeing the kid that had disappeared seven years before. Suddenly it wasn't just the one word or gesture I was able to get. It was whole sentences. And ideas," says Portia.

"I was like a kid in a candy shop. I didn't know where to start. You know? What's your favorite color? What do you want to be when you grow up? I mean, you know, all the things you ask your child over the years. Every day, there was a whole new set of things I was finding out."

They learned that Dov is interested in religion and history and is a surprisingly good mathematician.

60 Minutes II asked Dov how he had learned so much when no one had formally taught him. He told us that all those years when people thought he was lost in his own world, he was actually listening to everything around him.

Although Soma's method has not yet been studied scientifically, Merzenich is one of many researchers who think it should be taken seriously: "I think it's almost certain that this method can be used with many, many autistic children, and the initial indication from the studies in Los Angeles is that it might apply even to the substantial majority of these children."

But one thing is certain. The ability to communicate has had a profound effect on Dov's life. He's happier now - and you don't have to be a scientist to understand why.

"I can tell others my feelings," writes Dov.

After this report aired in January, Cure Autism Now received thousands of letters from families asking Soma to work with their children. Since then, she's worked individually with some 70 kids with autism. The results, parents tell us, have been remarkable.

Soma and Portia are now finishing a manual that will teach others how to use the Rapid Prompting Method.