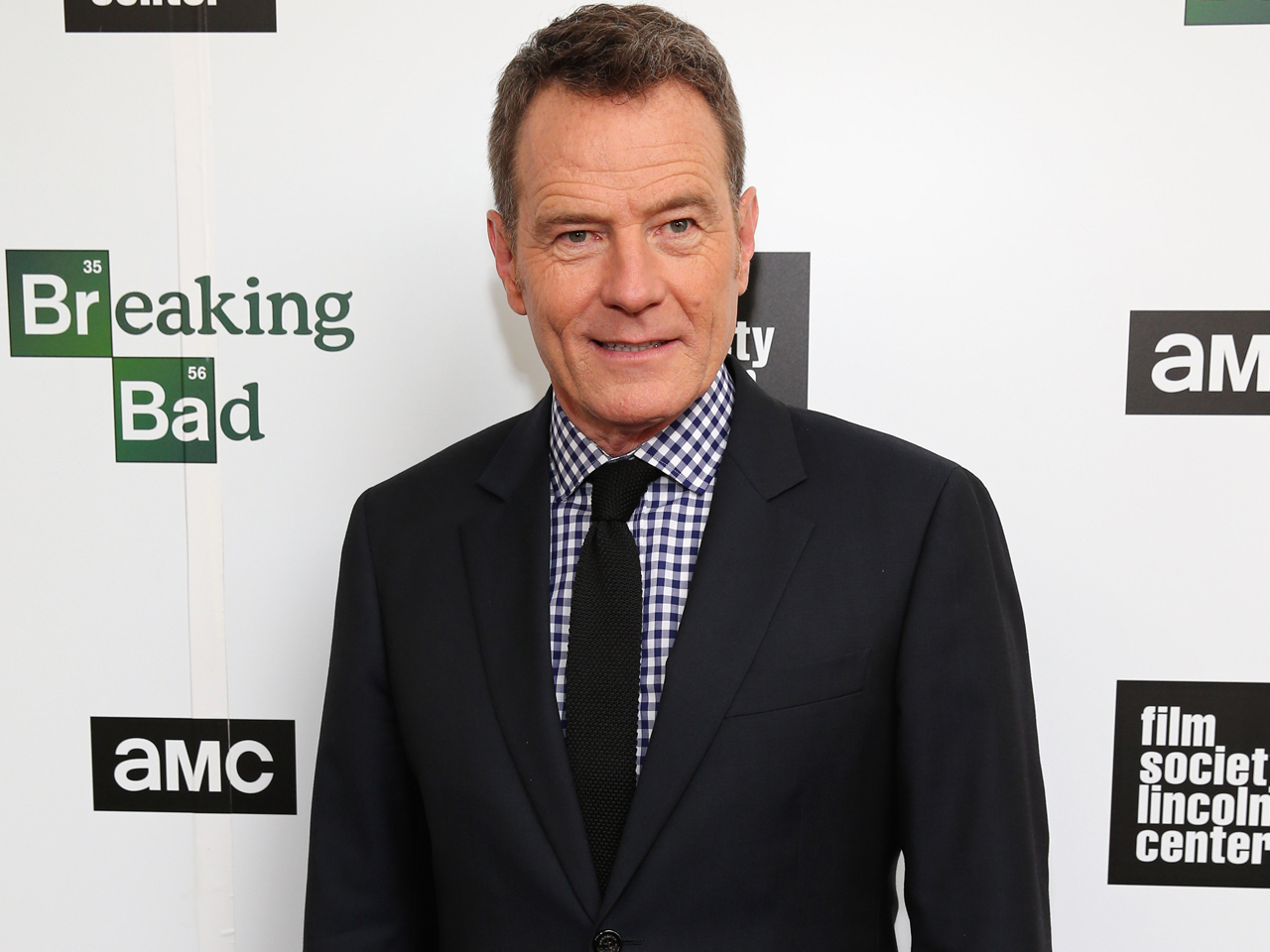 Bryan Cranston decided to commemorate his time on "Breaking Bad" by doing something completely uncharacteristic for him -- getting inked.

"I thought, 'OK, I'm going to get a tattoo. I'm going to shock the hell out of my wife,'" he recalled to fans attending "The Perfect Batch: Breaking Bad Cast Favorites," which was held at the Walter Reade Theater in New York on Thursday.

Cranston, who portrays lead character Walter White in "Breaking Bad," said some of the cast and crew went to a bar on the last day of shooting. The topic of getting tattoos to remember the experience came up, and it turned out that one of the art department members was also a tattoo artist. While some people opted to get huge pieces of art on their backs, Cranston chose a dainty Br/Ba "Breaking Bad" logo.

The actor said he decided to put the tattoo between two fingers on his right hand because he didn't want to constantly have to cover it up. At the same time, the position allows him to see it whenever he wanted to.

Cranston's Q&A session came after the airing of his two favorite episodes, "PHX" and "The Fly." The "Breaking Bad" star discussed his plans after the series to star in a Boston play called "All The Way," where he will play President Lyndon Johnson.

He also talked about his close relationship with Aaron Paul, who plays Jesse in the series. Cranston said his castmate was like a son or a younger brother. (Paul also got some "Breaking Bad" ink, too, choosing to have "No Half Measures" tattooed on the inside of his bicep.)

"It's not necessary that you become friends and intimate and love each other -- it's just easier," Cranston explained. "It's like in-laws. The thing that I try, leading the cast, is to instill a sense of humility and acceptance that we are the luckiest people in the world...Aaron is right into that."

The final season of "Breaking Bad" starts Aug. 11 on AMC.