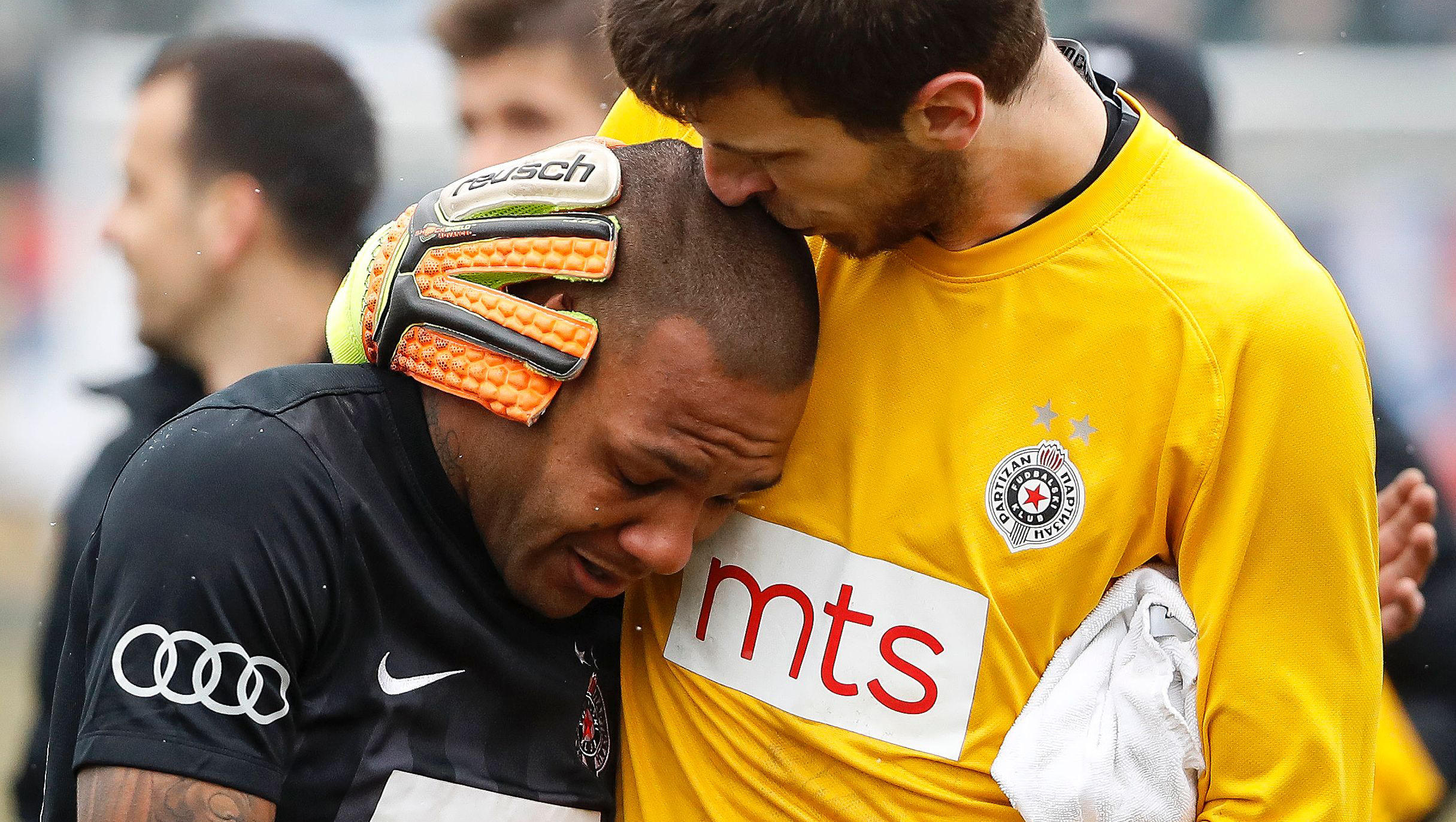 BELGRADE, Serbia -- Partizan Belgrade midfielder Everton Luiz was in tears after persistent racist chants during his team’s victory over Rad in the Serbian league.

The Brazilian, who joined Partizan last year, played through monkey chants and other abuse, including a racist banner in the stands where Rad fans were standing.

The banner was removed after intervention from the referee.

There were scuffles between the players after the match on Sunday, when Partizan won 1-0, after Everton Luiz showed the middle finger to the Rad supporters.

Wiping away tears, Luiz said he “faced racist abuse during the entire match.”

Serbian fans are notorious for racist outbursts against black players. Rad supporters are known for their nationalist ultra-right behavior.

On Monday, the Serbian Football Association suspended Rad’s stadium in Belgrade until further notice because of the fans’ behavior.

Luiz issued a statement after the game, according to Reuters.

“My family and I feel at home in Serbia and this is why I could not stop the tears after the game,” he said, according to Reuters. “I took 90 minutes of racist abuse and other insults from the terraces and thereafter I found myself in a cauldron of emotionless individuals who charged at me when they should have protected me. I want to forget this, refocus on football and urge everyone to say ‘No’ to racism.”