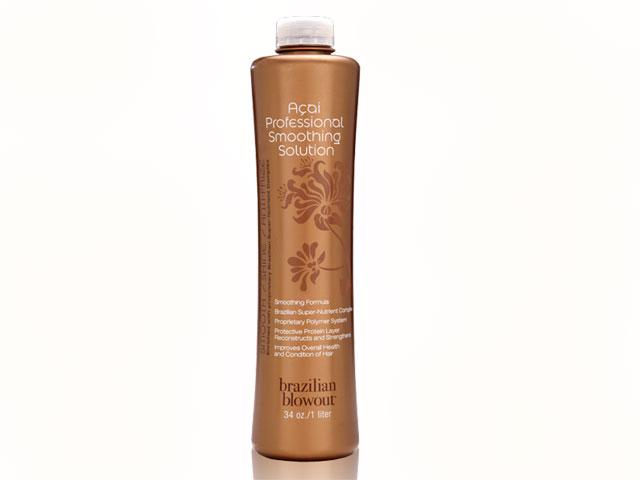 (CBS/AP) Bottles of Brazilian Blowout will no longer be labeled as "formaldehyde-free" and will alert users that two of its formulations emit the possible carcinogen, California's attorney general announced Monday.

The labeling changes are designed to settle a lawsuit the state filed in November against North Hollywood-based GIB LLC , the company that makes Brazilian Blowout products. The products are applied during salon treatments and coupled with high heat to temporarily smooth curly hair.

"California laws protect consumers and workers and give them fair notice about the health risks associated with the products they use," Attorney General Kamala Harris said in a statement. "This settlement requires the company to disclose any hazard so that Californians can make informed choices."

The company also will pay $600,000 in penalties and fines for failing to notify consumers and hair stylists that its products contain chemicals that may cause cancer, and to have the products tested for all toxic substances at a state-approved lab.

As part of the settlement GIB also will be required to supply salons with a pamphlet outlining recommended safety precautions.

The company already has made the necessary labeling and marketing changes, and Brazilian Blowout products still will be available in California, GIB Chief Executive Officer Mike Brady said.

"We believe the settlement reached with Attorney General Harris represents a fair and equitable resolution," Brady said in a statement. "We are pleased to have this matter behind us."

Both the U.S. Food and Drug Administration and the Occupational Safety and Health Administration have been investigating the products, which also sparked a class-action lawsuit on behalf of consumers in California last year.

In September, the FDA sent a warning letter to GIB LLC, HealthPopreported.

"The failure to include information about the release of formaldehyde into the air during the heating process on the product's label or labeling makes your product misbranded because you fail to reveal material facts with respect to consequences that may result from the use of your product ," the letter read at the time.

The California settlement has no impact on the FDA's current investigation, Tamara N. Ward, spokesperson for the FDA told HealthPop in an email.

"FDA is continuing to review the available scientific data," Ward said. "If FDA finds that any uses of formaldehyde pose a health hazard, the agency will advise the industry and the public and will act appropriately to protect the health and welfare of consumers."

The American Cancer Society has more on formaldehyde.