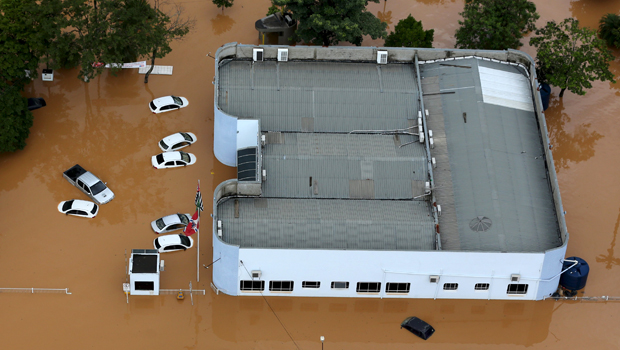 Capt. Marcos Palumbo of the Sao Paulo Fire Department told reporters that mudslides destroyed several houses, killing nine people in the city of Francisco Morato and four in Maripora, where another eight people are reported missing.

Three people drowned when they were swept away in floodwaters, one each in the cities of Guarulhos, Cajamar and Itatiba.

Images aired by television stations showed cars covered by water in Francisco Morato and Maripora as well as in parts of Sao Paulo.