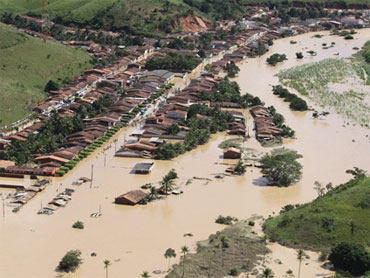 Two states have been hit by heavy rains, causing rivers to leave their banks. Mudslides have hit areas where shacks are built on hillsides.

The Civil Defense of Alagoas state said Monday that 19 people there have died. Dozens of others are missing. At least 80,000 people have been driven from their homes by the floods.

In Pernambuco state, officials say 12 people have died and 42,000 people are homeless.

The number of known deaths could rise because many areas have been cut off due to cuts in power and phone service.