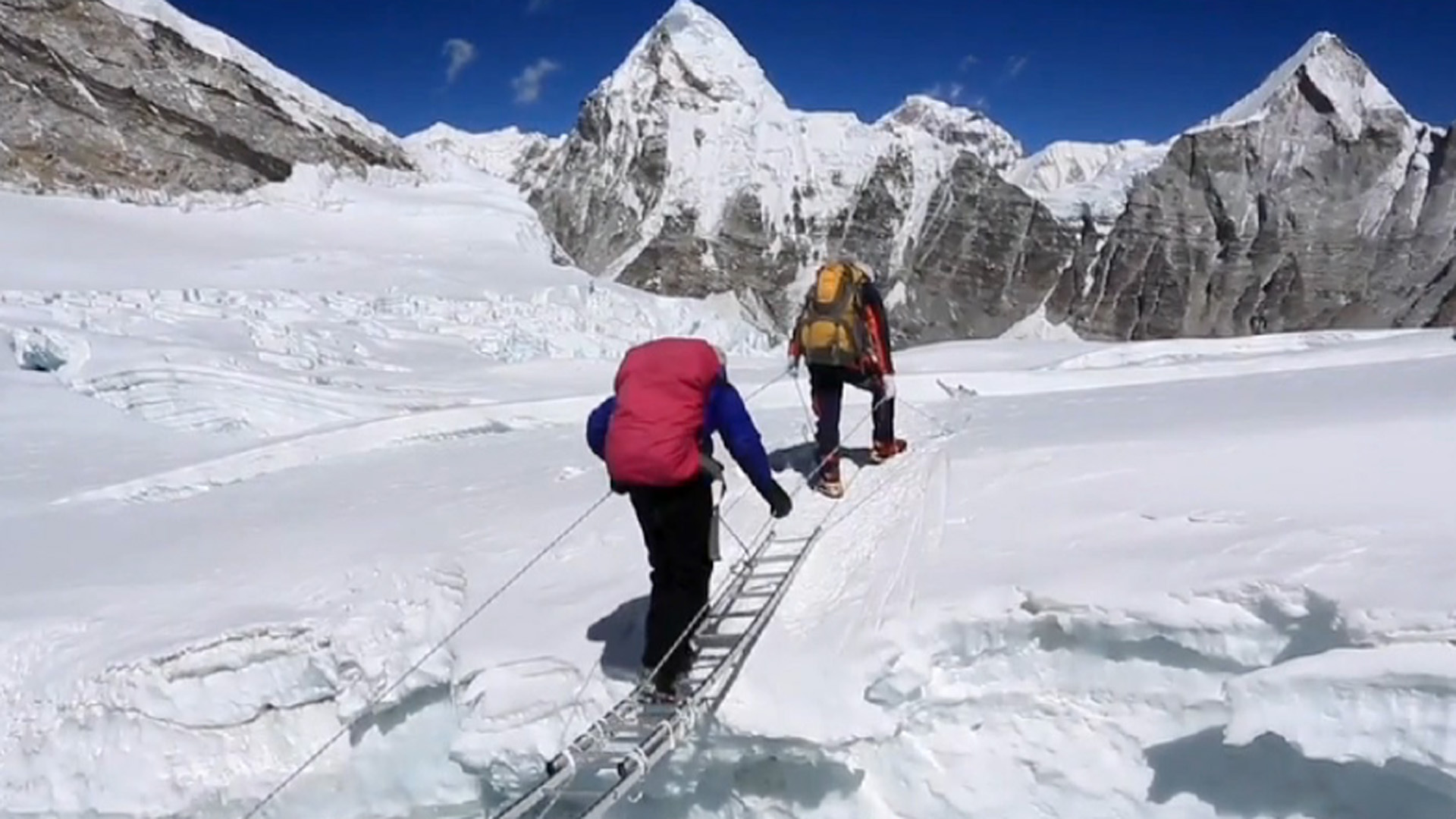 (CBS News) Those who attempt to summit the world's highest peak on Mount Everest prepare to battle nature, but, this weekend, three climbers say they faced a human foe.

CBS News' Seth Doane spoke to the climbers about the ordeal near the top of the world.

Swiss mountaineer Ueli Steck, who CBS News reached Tuesday at Everest Base Camp via Skype, said the Nepali Sherpas -- who usually help Westerners summit the mountain-- turned against them.

Steck and his two experienced climbing partners claim the high-altitude brawl was touched off when they tried to climb around a group Sherpas who were working to fix a rope to the side of the mountain. The Sherpas yelled that the climbers had knocked ice down on them and injured one of their team.

This all unfolded near the summit -- at an altitude of roughly 22,000 feet. When the three climbers returned to Camp Two they claim a mob was waiting.

They described the encounter in a written statement: "100 Sherpas had grouped together ... They became instantly aggressive and not only punched and kicked the climbers, but threw many rocks as well."

Steck said via Skype, "They told us if we don't leave in an hour they will kill all three of us ... and they also told us you cannot come back ever on that mountain."

Steck says their lives were saved by another group of Westerns who were also trying to reach Everest's summit.

British photographer, Jonathan Griffith, who was one of the three climbers, says there are long-simmering tensions on Everest.

"Any situation where you have rich Westerners and locals -- not quite as well off -- there's always going to be a divide. In this case, it's financial as well as cultural."

We have not yet heard the Sherpas' side of this story. But a tourism ministry official says it was all a miscommunication that has been worked out.

The climbers told CBS News they were headed down the mountain on Tuesday, not sure if they'd ever return.

For Seth Doane's full report, watch the video in the player above.